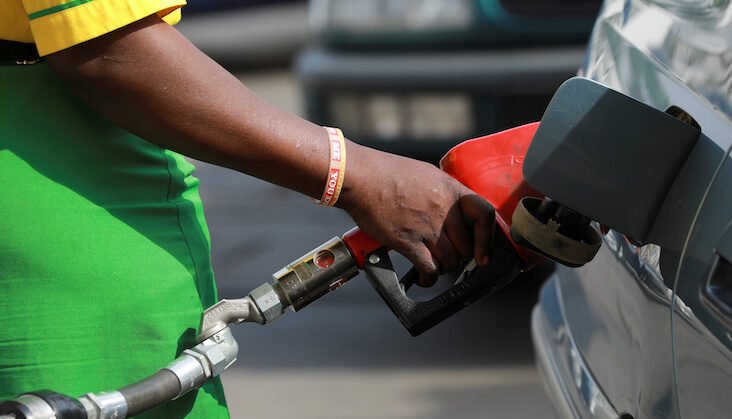 Mr James Gooder, an oil and gas expert, has advised the Federal Government to remove the subsidy on Premium Motor Spirit (PMS), petrol, in order to discourage the product’s smuggling across Nigeria’s borders.

The advice was given by Gooder, Vice President, Crude and African Markets, Argus Media, United Kingdom, during a virtual media workshop organized by the Major Oil Marketers Association of Nigeria (MOMAN) on Thursday.

According to the Nigerian News Agency (NAN), the Federal Executive Council has approved a N3 trillion subsidy on PMS in 2022.

He claimed that the ongoing conflict between Russia and Ukraine had pushed up crude oil prices on the international market, with Brent Crude trading at more than 120 dollars per barrel.

While the landing cost of PMS, also known as petrol, is currently above N400 per litre, he claims that the government is subsidizing the product to keep it at N165 per litre.

He said: “Capped retail prices for PMS may be popular, or even expected, among those that can afford to own a car.

“But current delivered prices for PMS are around three times as high as the pump price. Is this sustainable? Is financing this the best use of Nigerian taxpayers’ money?

“There is an unfortunate but clear incentive to smuggle subsidised fuel out of Nigeria to neighbouring countries where retail prices are higher.”

Nigeria and its West African neighbors, according to Gooder, lacked sufficient regional refining capacity and had to import the majority of their PMS from Europe.

“In a global market, product flows are directed by price. Nigeria is competing with other destinations for products.

“But even if Nigeria had sufficient refining capacity with the coming on stream of the 650,000BPD Dangote Refinery and others, it would still be in a competitive market and exposed to import parity prices,” he said.

According to Gooder, the government should educate the public and the media about the importance of allowing market forces to determine the price of gasoline in the country.

He believes that in the long run, the government could improve public transportation and attract infrastructure investment, whether in refining, storage, or distribution.

Gooder, on the other hand, acknowledged that the crude oil market is volatile and unpredictable, emphasizing that the measures are only intended to reduce the impact on ordinary citizens.

Gooder stated that the petrol was sourced from refineries in Northwestern Europe and was readily available.

He advised the Nigerian government to use the appropriate pricing benchmark when importing PMS from Europe.

“In Europe, the Argus Eurobob daily price is the primary PMS benchmark

“80-90 per cent of Nigeria’s gasoline imports are priced on Argus Eurobob along the supply chain.

“Argus publishes prices in all other source regions for comparison, as

well as delivered to Nigeria.

“The price used for delivery into Nigeria is still often 95 RON – leading to price distortions.

“This may benefit international traders, but it never benefits importers, consumers or taxpayers because it is inflated,” said Gooder.

Mr Clement Isong, Executive Secretary of MOMAN, stated that despite their large investment in the oil and gas industry, marketers’ distribution margins were very low.

He said: “The backbone of distribution is based on diesel, from transport (vessels and trucks) to energy costs (depots and stations). This affects not just petrol distribution but also the distribution of aviation fuel.

“Total distribution margin under the current PMS pricing template accounts for 11.5 per cent of the PMS pump price despite significant increase in costs.

“Operators are struggling along the supply chain to get petrol out of the nuzzles into the cars, which is difficult to sustain.”