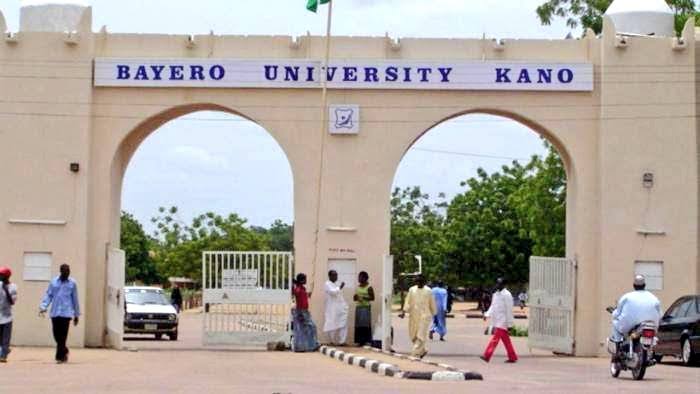 Bayero University, Kano (BUK) has implemented an on-campus student job scheme that allows students to earn money in exchange for providing services to the university.

Mr Lamara Garba, the institution’s Deputy Registrar, Public Affairs, made the announcement on Sunday in Kano.

Prof. Adamu-Abbas, the institution’s Vice Chancellor, who began the initiative with the issuance of engagement letters to 125 students, said it was part of his vow to improve students’ welfare.

He stated that the staff will be given a variety of responsibilities, including monitoring/supervision of the university’s facilities, cleanliness, and menial tasks, among others.

Garba quoted the VC as saying: “each student will get N15,000 monthly, subject to being cleared by his/her supervisor, after meeting the necessary requirements”.

The Vice Chancellor attracted the attention of the students who are the first to benefit from the university protection system.

The Vice Chancellor also said that plans are in the works to construct a Student’s Skills Acquisition Center at the institution, which, when fully operational, will teach students in entrepreneurial skills to help them become self-sufficient after graduation.

“The center which will be free of charge to any interested student, will enable students to learn some trade like tailoring, make-up, beauty saloon and others.

“That will go a long way in helping the students to be self reliant particularly after graduation,” he said.

Prof. Mahmoud Umar-Sani, Deputy Vice Chancellor, Management Services, said that the plan is the idea of the VC, who thought that the University should develop a scheme to help students with their financial hardships through part-time work.

Malam Jamil Ahmad-Salim, the University Registrar, stated that each of the employed students will be documented and that supervisors would be assigned to oversee their work.

“This is in view of the unfavorable economic condition of some of the students which made it difficult for them to cope,” he said.

“The objective is to create a cordial relationship between students and the university through menial jobs offered to interested students.

“Though, the jobs are not highly-skilled ones, the University may give some training to the employed students.

“The training is especially in the areas of safety, security and appropriate use of working materials to avoid injury, wastage and misuse,” he said.

He advised them to put in extra effort in order to achieve their goal.

He characterized the VC as a strong, visionary, and exceptional leader who puts the welfare of students first at all times.

Dr. Fauci Will Give A Speech At Nigeria's COVID-19 Summit