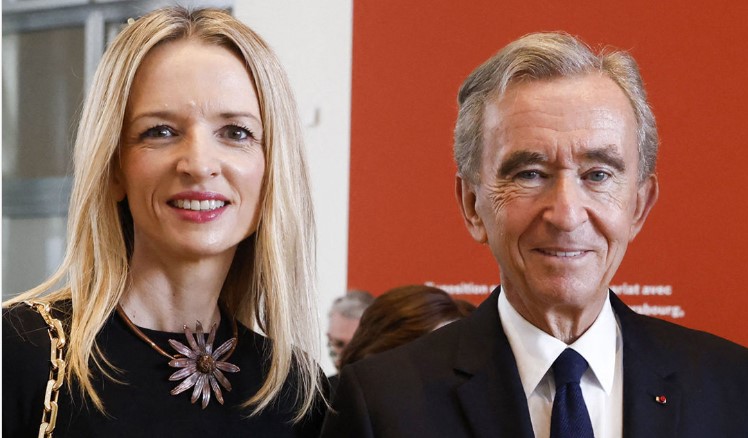 Delphine Arnault’s appointment comes a month after her brother Antoine was promoted to run the holding company that controls LVMH and the $178bn (£147bn) Arnault fortune.

The reorganization comes after an extraordinary year for Arnault, in which the 73-year-old’s personal fortune overtook that of the US entrepreneur Elon Musk, while a surge in the LVMH share price nudged the combined value of companies listed in Paris above London.

Arnault is cementing family control over a business he co-founded 35 years ago, in a move seen by many in the fashion industry as setting up a succession battle between Delphine, 47, and her brother Antoine, 45, who was promoted last month to run the holding company that controls LVMH and the $178bn (£147bn) Arnault fortune.

However, the contest could extend to all five of Arnault’s children. Delphine and Antoine, from his first marriage to Anne Dewavrin, now have top roles at LVMH. But all three of his children with his second wife, Hélène Mercier, also have important jobs within the world’s largest luxury goods company, which also includes brands such as Stella McCartney, TAG Heuer, Bulgari, and Tiffany.

Some analysts have compared the competition between the Arnault children to that of Rupert Murdoch’s offspring or that of the Roys in the hit TV show Succession.

Luca Solca, an analyst at investment firm Bernstein, has said Arnault is creating a “Darwinian contest” to succeed him as chief executive of LVMH, which he co-founded in 1987. The secret of his success, says Solca, was the invention of a paradox: “selling exclusivity by the million”.

The heirs may, however, have some time to wait until taking over the running of the family firm, as it changed the company’s bylaws last year to allow a chief executive to continue running the firm until the age of 80, up from the previous 75.

Arnault announced on Wednesday that Delphine, now the executive vice president of Louis Vuitton, will become Dior’s chief executive and chair from 1 February.

“Under Delphine’s leadership, the desirability of Louis Vuitton products advanced significantly, enabling the brand to regularly set new sales records,” he said. “Her keen insights and incomparable experience will be decisive assets in driving the ongoing development of Christian Dior.”

Delphine Arnault joined the family business in 2000 after two years at the management consultancy firm McKinsey and studying at the London School of Economics. She joined the LVMH board in 2003 – becoming the first woman and youngest person to serve on it.

The appointment marks a return to the brand Arnault first worked for in 2001, where she started working on shoes before rising to become a deputy general manager and liaising directly with Dior’s then-creative director, John Galliano.

Tinubu Takes A Shot At Arise TV, Saying That They Want To Exploit Him