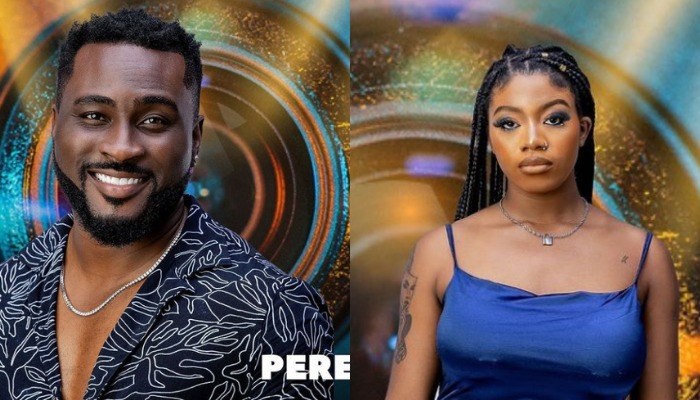 The housemates, Angel and Pere, who were formally pitted against each other for a chance to earn fifth place will now join the remaining four housemates for this weekend’s grand finale.

Big Brother has resolved his conflict, resulting in a game twist involving housemates Angel and Pere in the finals.

Recall Pere and Angel were both assigned to play a game of trucks and screwdrivers by Big Brother. The roommates played late Monday afternoon, with Angel getting 56 points and Pere scoring 54.
Following the head of house games this week, Big Brother revealed that Angel and Pere will be given a chance to compete in the finals for their perseverance.

Remember that the show’s producers have been heavily chastised since the game twist was announced on Sunday.

Unhappy Pere fans held a demonstration in Lagos early Monday morning in an effort to undo a twist that they believed was an unfair conspiracy by the show’s organizers to push the housemate out.

Meanwhile, Emmanuel was victorious in the HOH games. This will be the housemate’s second HOH victory, and he has chosen Liquorose, his sweetheart, to share the luxurious HOH lounge.