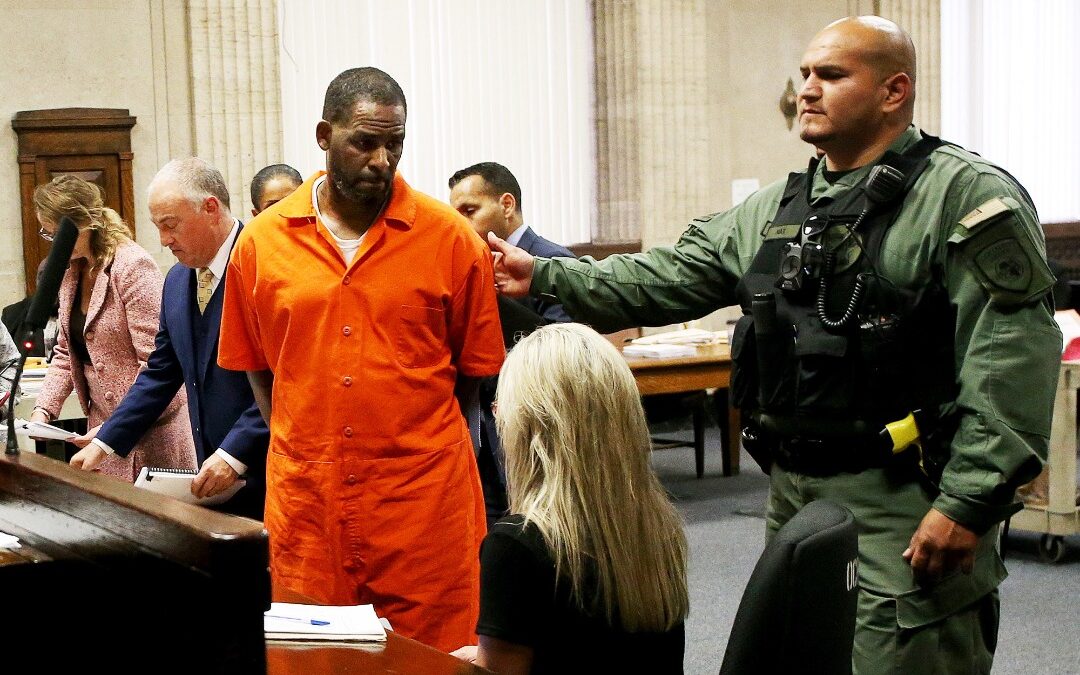 R. Kelly was arrested in Chicago for numerous federal sex offenses in two different states just over two years ago.

R. Kelly, an American musician, has been convicted of sexually assaulting women, boys, and girls for decades.
On Monday, September 27, 2021, the disgraced musician was found guilty on all nine charges, including racketeering and violating the Mann Act, which forbids the transportation of “any woman or girl” over state borders for any “immoral purpose.”

R. Kelly will be imprisoned for the rest of his life.

The jury, which consisted of seven men and five women, debated for nearly nine hours over two days before reaching a unanimous decision.

At the start of the case, Assistant US Attorney Maria Cruz Melendez stated that “This case is not about a celebrity who likes to party a lot. This case is about a predator,”
Kelly unlawfully married R&B singer Aaliyah in a Chicago hotel room when she was 15 years old in 1994, and she was one of his victims.

He enlisted the help of his crew to carry out the sham wedding, according to authorities.
R. Kelly was arrested in Chicago for numerous federal sex offenses in two different states just over two years ago, and the verdict in federal court in Brooklyn came little over two years later.

The legal team invited a number of former Kelly workers and colleagues to testify in an attempt to debunk accusations that the singer sexually assaulted women, girls, and boys.