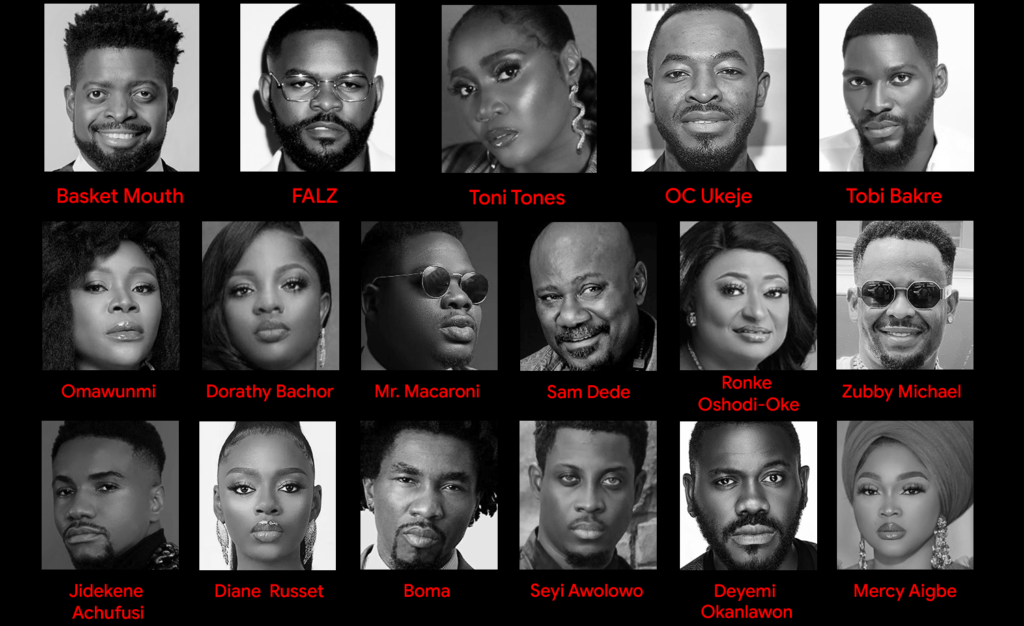 Brotherhood premieres in cinemas on the 8th of July and in an unprecedented move, will be distributed by Genesis Pictures.

GREOH Studios, a film and TV production company owned by Jade Osiberu, behind the highly anticipated Gangs of Lagos as well as commercially successful and award winning films like Isoken, Ayinla, and Sugar Rush, has announced the cast of its first 2022 film Brotherhood, a crime-action thriller about twin brothers on opposite sides of the law.

Award winning Nigerian filmmaker Jade Osiberu, who most recently steered surprise 2021 box office hit Ayinla to cinemas, is heading the production team while Loukman Ali, the Ugandan director of the critically-acclaimed The Girl in the Yellow Jumper, will be directing Brotherhood.

Brotherhood promises adrenaline-fuelled action sequences like never seen before in Nollywood with an emotionally-grounded story exploring familiar themes like the bonds of family, betrayal, and love. Ali is joined by a pan-African production crew that stretches from West Africa to East Africa and Southern Africa: cinematographer, sound engineers, stunt coordinators, pyrotechnics from Uganda, Kenya, and South Africa have been flown into the country tasked to deliver an African blockbuster.

In a statement released earlier today, director Loukman Ali expressed his excitement about directing his first Nollywood feature. “I’m elated to be making Brotherhood and working with Jade Osiberu who’s proven to be one of the most audacious filmmakers on the continent,” he said. “I hope this film opens up doors for more partnerships between African filmmakers. This is the beginning of many firsts for African cinema. We are taking risks and hope to excel. The Nigerian audience and Africans at large should expect a Nollywood high stakes crime-action thriller like never before”

Brotherhood follows GREOH Studio’s goal of making ambitious films that mirror the Nigerian experience. “Our plan with GREOH studios has always been to make challenging films that explore diverse genres while still rooted in true African storytelling,” Jade Osiberu, the film’s producer and founder of GREOH Studios, said when contacted for comments. “For Brotherhood, we are excited to partner with a multifaceted artiste and filmmaker from Uganda. Loukman is incredibly talented and he’s poured out his heart and skills into making this film. Our audience will be thrilled and proud of what we have in store for them.”