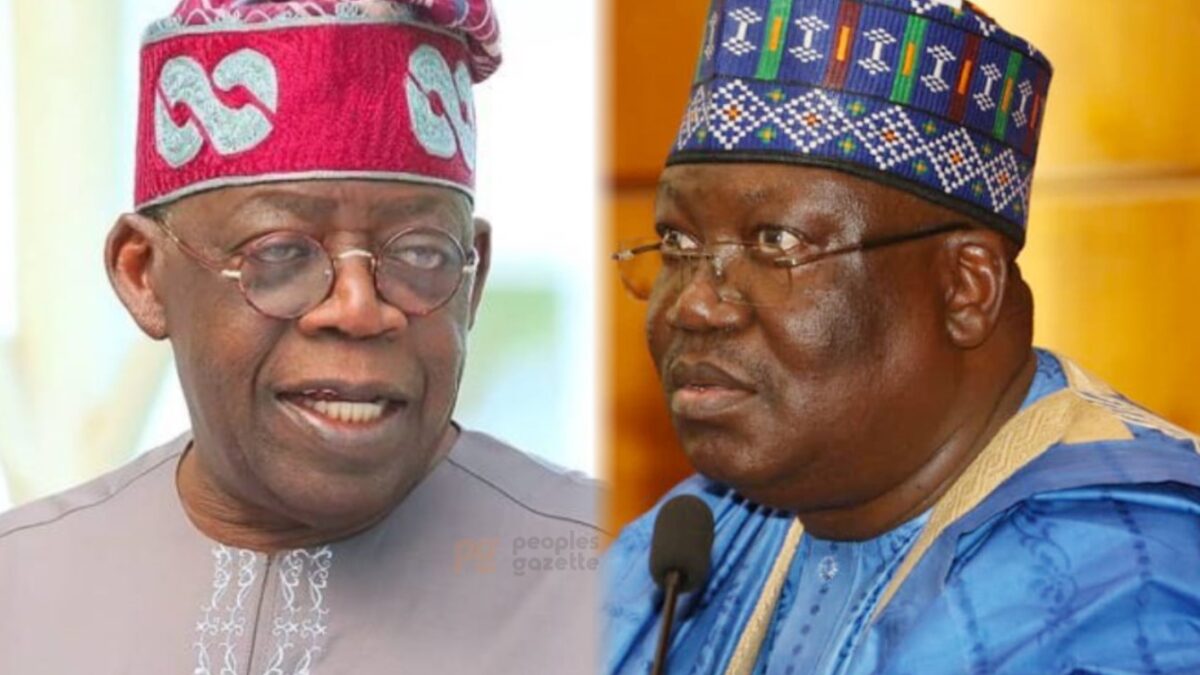 “Yes both men (Lawan and Bello) have been making moves to be nominated as vice-presidential candidates but I can assure you that Asiwaju is not considering them at all.“

The Kogi State governor, Yahaya Bello, or Senate President Ahmad Lawan have been proposed as running mates for Asiwaju Tinubu, the party’s presidential candidate. However, sources in the APC told Daily Independent on Wednesday that Tinubu had rejected both options.

As Tinubu and Lawan competed in the APC presidential primary earlier this month, our reporter learned that Lawan and Bello have been pleading with President Muhammadu Buhari and other party leaders to persuade the former governor of Lagos State to pick them as his running mate.

Although Tinubu, who is currently in France, is not opposed to choosing a Muslim as his running mate, our source, a former minister in the South-Western region of the country, claimed that he flatly rejected both of them because they are his direct rivals and have their sights set on becoming president.

President Buhari is resisting demands from his friends to become involved in the selection of the vice presidential candidate, much as he did during the presidential primaries.

“Yes both men (Lawan and Bello) have been making moves to be nominated as vice-presidential candidates but I can assure you that Asiwaju is not considering them at all.

He met with President Buhari shortly before his trip to France and I strongly believe that must have been part of their discussions as both men have been lobbying the president to prevail on Asiwaju to consider them.

“Even those who are associates of Asiwaju Tinubu are against their choice as both of them are not strong personalities that can bring the needed votes in the North”, he said.

In order to avoid having to wait for his ideal running mate, Tinubu had proposed Ibrahim Masari, a party leader in Katsina State and current board member of the National Institute for Policy and Strategic Studies in Kuru, Jos, Plateau State, to the Independent National Electoral Commission (INEC).