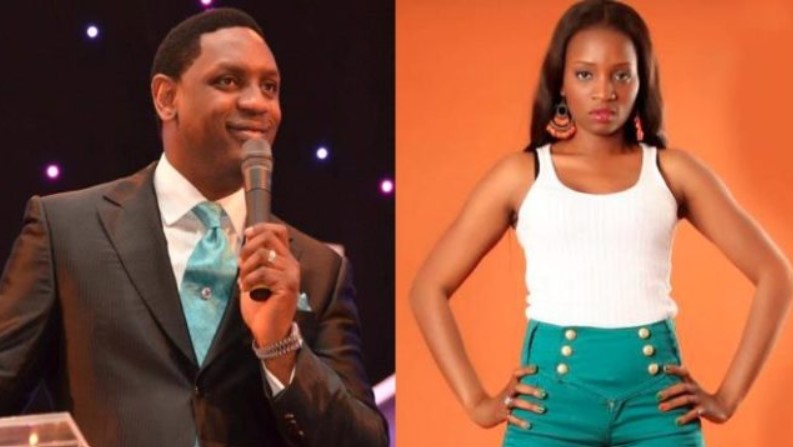 Walter revealed how the individuals she believed loved her kept silent throughout her struggle.

Ese Walter, a Nigerian yoga instructor, and therapist has commented on how her life altered as a result of the controversy surrounding her 2013 admission that she had an affair with Biodun Fatoyinbo, the head pastor of the Commonwealth Of Zion Assembly (COZA).

The mother of three wrote a lengthy message on her Facebook page on September 11, 2022, detailing how her life changed and how being married didn’t even solve her problems.

“Marriage was supposed to be the escape. Shortly after the 2013 blog went viral, I left the Country. It was hard to do anything. Biodun himself said if I told, my life would be destroyed. I believed him. Perhaps that belief propelled me down the aisle,” she wrote.

“They say behind every anger is fear. My seemingly great anger was laced with greater fear. I knew life would not be the same again and I didn’t know what else to do. Some friends turned on me, Mother said I was a seductress and wanted to bring the man of god, down.”

Walter described how she believed that those who loved her were silent throughout her experience.

“I couldn’t imagine the shame the people who loved me felt but I can remember the silence. I remember the shame, guilt and uncertainty that covered me like a blanket. What was I going to do with my destroyed life? Get married. Start a family and focus there,” she added.

“For someone who didn’t have marriage plans before that time, I suspected it was a wrong move but I figured I could handle it. After marriage, I didn’t know how to integrate the new human that was suddenly my new family. I saw him as a stranger. Kind of like how I perceived Father in Mother’s eyes. Father didn’t feel like her family which only confused the family that they built for me.”

The mother of three described her marriage as being a fraud.

“It was as though Mother and her children were the family and Father was the bringer of things… It took a while to notice I had created the same dynamic in my own family. My kids felt like my family and their dad felt like the stranger that sleeps in the house sometimes,” she wrote.

“Then there was the growing resentment toward the stranger. I don’t even remember why but I remember that there was always something hanging in my mind about him. Plus, when he did things that I thought were wrong, forgiveness was not an option.”

“I’d move out and start thinking of a divorce. It was as though if I got into the marriage to satisfy something but had no plans of building or working on it. As my children came, my focus shifted more. I became a stay-at-home mum and did my best with keeping house matters and the little humans moving.”

“Anytime I complain about my partner, I hear, ‘go and work.’ Mother said he was going to leave my stay-at-home ass for a working woman one day. She said I’d soon be below his level (whatever that means)”

“As much as I tried to act like her talk didn’t bother me, the words haunted me many times when I’d be in the kitchen making a meal or when I’m up at 2 am tending to a newborn. The gossip blogs continued to drag the blog story wherever Ese Walter was mentioned, despite Ese Walter marrying husband and birthing babies.”

“The marriage wasn’t what I thought it would be. I was a single-married woman and if I complained, it was, at least you have your children to focus on.’ I didn’t get married to an adult man to now focus on small children.”

“I tried though. I focused on the little people, I learned about the early development of the brain, I learned about regulating one’s nervous system, I examined why I shout, why I doubt myself and how to manage my wounds so I don’t bleed on my children.”

“The marriage didn’t survive. It was actually dead from the start and finally went under. Sometimes I’d crawl back to make peace and try to be a wife. I would decide not to check phones, don’t ask too many questions about why he wasn’t home or where he went….Just be a loving wife and ignore those inner longings and questions.”

“But it was hard to pretend not to feel when I am familiar with my emotions and have been since I was little. When I left the last time, it was with no money, no plans, and three children. Life was going to bury us or I was going to win. Life has not yet buried us.”

When Walter, a former member of Fatoyinbo’s congregation, disclosed that she had an affair with him for a week and was so traumatized by the experience that she left the church, it damaged Fatoyinbo’s carefully cultivated public image. It’s important to remember that he was already married at the time of the alleged affair.

Walter felt misled and exploited by Fatoyinbo, who she said afterward used mind tricks on her to maintain their affair, despite her admission that she was not raped. She even remarked that he had drilled into her the idea of “Touch Not My Anointed” in order to prevent the affair from coming to light.