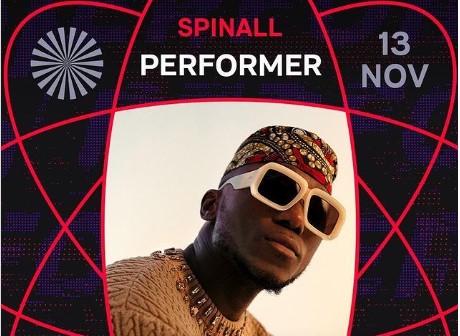 DJ Spinall Will Perform At The 2022 MTV EMAs

DJ Spinall, a prominent disc jockey from Nigeria, will perform on the stage at the 2022 MTV European Music Awards among other world-renowned artists.

The 2022 EMAs will take place on November 13 in Düsseldorf, Germany, and MTV has revealed that DJ Spinall, a multi-award-winning DJ, Producer, and recording artist, will perform at the event.

Rita Ora, a British singer, and Taika Watiti, a New Zealand director, will host the award presentation, which will be broadcast live to more than 170 nations from the PSD Bank Dome in Germany.

One of the best DJs in Nigeria and all of Africa, DJ Spinall is distinguished by his recognizable hat. Numerous Afrobeats icons, including Burna Boy, Wizkid, Tiwa Savage, Kizz Daniel, Phyno, and Asake, have appeared on Spinall’s music.

He collaborated internationally with DJ Snake and Summer Walker on a song, and most recently, he opened for Bruno Mars in Australia in front of 40,000 people.

MTV EMA candidates from Nigeria for 2022: The Nigerian trio of Burna Boy, Tems, and Ayra Starr is up for the Best African Act award. They will be up against Tanzanian vocalist Zuchu, South African musician Musa Keys, and quickly emerging Hip Hop talent Black Sherif from Ghana.

Along with Baby Keem, Dove Cameron, GAYLE, SEVENTEEN, and Stephen Sanchez, Tems, a singer from Nigeria, was nominated for the Best New Artist honor.

Timaya makes a comeback with a new Dancehall song, "Sweet Us."