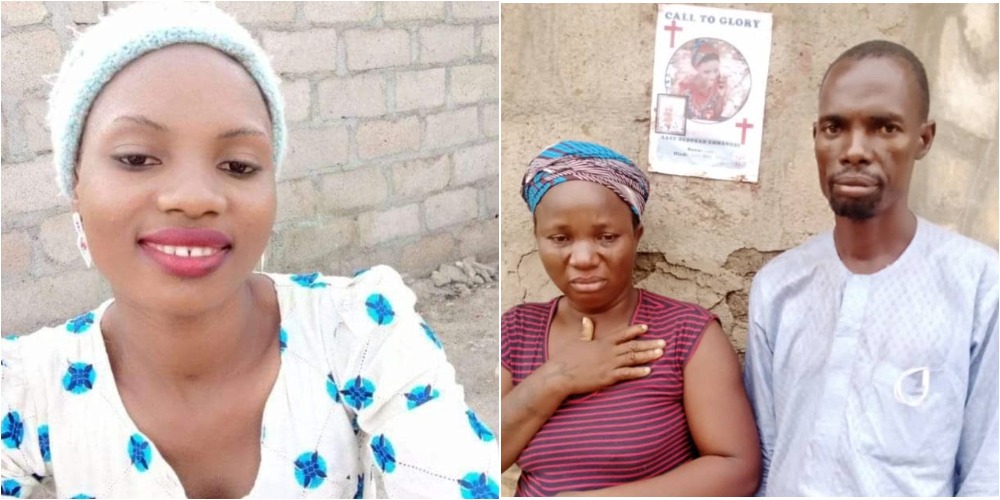 The slain student’s parents stated that they have trusted God with everything.

The parents of the killed youngsters have pledged that their remaining seven children would not attend any school after the horrible murder of their daughter, Deborah Samuel.

Deborah, a second-year student at Sokoto’s Shehu Shagari College of Education, was lynched by her classmates for allegedly blaspheming Prophet Muhammad.

Deborah’s father, Emmanuel Garba, a security guard with the Niger State Water and Sanitation, told Punch in an interview that he spent N120,000 to carry his daughter’s remains from Sokoto State to Niger State.

He said, “I have yet to get a call or message from anyone concerning the incident. Nobody called me; I decided to go on my own. I went to the state CID (Criminal Investigation Department) office and begged them to help me get the corpse so I could bury it because leaving it there might make it decompose. Then they took me to the mortuary, did some paperwork and released the remains to me.”

“I was the one who paid to transport the remains. I was charged N120,000 which I was forced to pay because that was the cheapest I got as the majority of people don’t like transporting corpses.”

The slain student’s parents also stated that they had placed everything in God’s hands and that they do not want anything from the government.

“We are not seeking redress in any court over the killing of our daughter. We are firm believers in Christ who always leave everything in the hands of God. No vengeance, nothing. Everything is left to our creator.

“We don’t want anything but it is just unfortunate that we used all our resources to send her to school and now she is dead. She was my eldest child and I have seven others left.”

Deborah’s mother, Alheri Emmanuel, was asked what she wanted the government to do for the family, , “I have no demands; I don’t want anything but one thing I know is that my children will never go to school again.”

CAN has urged all Christian parents in northern Nigeria to avoid sending their children to schools in Sokoto State.

In a statement, the group urged persons whose faith allows them to murder in order to satisfy God to practise restraint.

“While CAN does not and will not encourage casting aspersions on any religion or religious leader of any faith, CAN frowns on hiding under the gab of any religious extremism to perpetrate any form of criminality against her members, especially in northern Nigeria.

“God Almighty is not and can never be a weak God for mere mortals to fight and defend Him. On the contrary, it is He who keeps watch and defends us. CAN believes that life is sacred and must never be taken by another unless as directed by the state,” the statement reads in part.

CAN also challenged Sokoto State Governor Aminu Tambuwal and President Muhammadu Buhari to show political will and competence to bring the perpetrators of this crime to justice.

Winners Of The 2022 Billboard Music Awards

Watch The Trailer For 'Westworld' Season 4

Mavin Records Delays Release Of Next Single Due To Recent Events