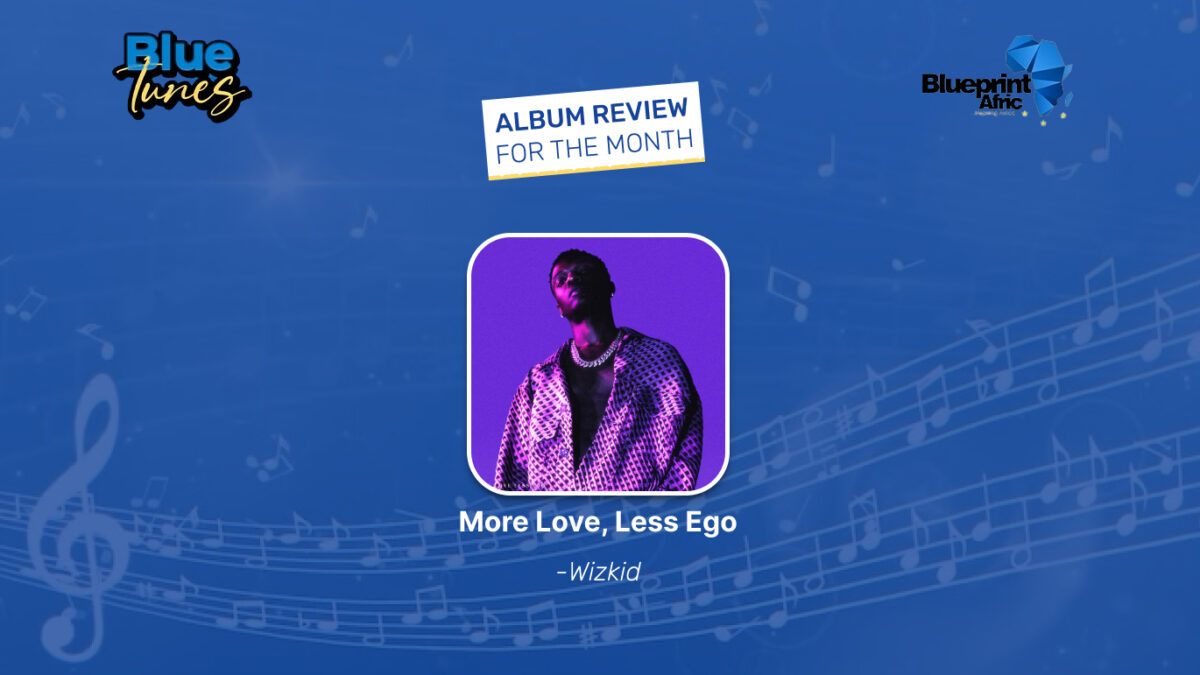 Wizkid releases his fifth studio album which has a unique sound and emphasizes the value of love in a relationship.

Wizkid keeps proving to us he is still a legendary figure in the game. With over ten years of experience, Wizkid has made his imprint on the Nigerian music scene. The 13-track album has a love theme and incorporates a variety of sexual sentiments throughout each song. The message of the album is to have a loving relationship without harboring any ill will against one another.

Ayra Starr, Skillibeing, Shenseea, Skepta, Naira Marley, and Don Toliver are among the artists on the album. Each musician added their distinct sound and variety to their featured tunes.

He had already released two singles from the album, “Bad To Me” and “Money & Love,” which was met with mixed reviews from critics and fans.

The album begins with “Money & Love,” in which Wizkid expresses his love for his lady and how he has the means to take care of her, which is crucial in their relationship. He also discusses his sexual thoughts and wants for his woman. He gives the song life by using original melodies and straightforward lyrics.

“Bad To Me,” was the first song to be released from the album. People who believed the song was not up to Wizkid’s standards gave it mixed reviews. Wizkid expresses his desire for his love interest throughout the song. The two lovers have the same feelings for one other, and their relationship is strong since money is involved. He also wants to develop a connection with just the two of them without the involvement of other people.

One of my favorite songs on the album is “2 Sugar,” which features Ayra Starr. She brought in her sound and rawness to the song. Ayra Starr says in the chorus that people shouldn’t come to her with their issues since she is battling her demons. Wizkid and Ayra continue by stating that although individuals have regrets and have to make difficult choices, they shouldn’t bring their problems to them. Additionally, Wizkid discusses his desire to have a peaceful and no-stress lifestyle. With their melodies mixing beautifully, they both brilliantly perform the song.

The song “Everyday” begins with a person speaking in a monologue about how love is liberating. Wizkid enters to express his gratitude for all he has and expresses his wish for everyone to achieve their goals. He also discusses the difficulties people encounter and shows that he is aware of them. The song strongly connects to the present circumstances of many people in Nigeria and that is why the song is one of the most relatable ones on the album. Wizkid performs it with a somber tune blended with an afro rhythm to give it a laid-back feel.

Shenseea and Skillibeng feature on “Slip N Slide.” Shenseea gave a brilliant performance of the chorus, which talks about desiring pleasure without unnecessary talk. Wizkid continues by describing how his romantic partner makes him happy and meets his sexual needs. He also mentions how obsessed he is with her physique and how it drives him crazy. Sincerely, without Skillibeng, whose vibe clashed with the intensity the song was intended to convey, Shenseea and Wizkid would have both performed the song flawlessly.

“Deep” and “Flower Pads,” two of my favorite songs, discuss the fulfillment of sexual urges. Wizkid expresses his want to do everything for his love interest and reveals his obsession with her body. Both songs are delivered with a seductive touch to his voice.

The song “Wow” features Skepta and Naira Marley. On the track, Wizkid, Skepta, and Naira Marley merge flawlessly. Naira Marley began the song with his silky Yoruba accent describing his sexual desires with his love interest. Skepta, who had previously collaborated with Wizkid on the track “Bad Energy,” delivers some bars about his lavish lifestyle and how he may steal your girl if you don’t keep her close. They discuss their relationship with a lady and the sexual relations they desire to have with their lady.

Wizkid’s love for his love interest is shown in the songs “Pressure” and “Plenty Loving.” He sings to her about his love for her and his sexual desires.

“Special,” features Don Toliver, an American rapper. Don Toliver’s voice compliments the slow melodious song about his love interest and sexual cravings for her. Wizkid also goes on to appreciate and praise his love interest on the song. Nigerians should be more familiar with the beat and melody of the sound.

The album concludes with “Frames,” in which Wizkid speaks about a lady who does not stress him but gives him love. He constantly expresses his want to be with her. Wizkid’s soft voice conveys the music selflessly, and the song features a fantastic combination of lyrics and a beautiful melody.

The album is a solid project, however in comparison to “MIL,” I prefer “MIL.” On several tracks, “More Love, Less Ego” exhibits superb songwriting and incredible sound engineering, which is to be expected from “Big Wiz.” Wizkid performs majority of the songs flawlessly, with his voice complementing each one. He kept to the album’s concept, which was present in practically every tune. Also, he picked talented and spectacular artists to feature on the tracks. For those who have become accustomed to Wizkid’s new sound, the album has a high repeat value.