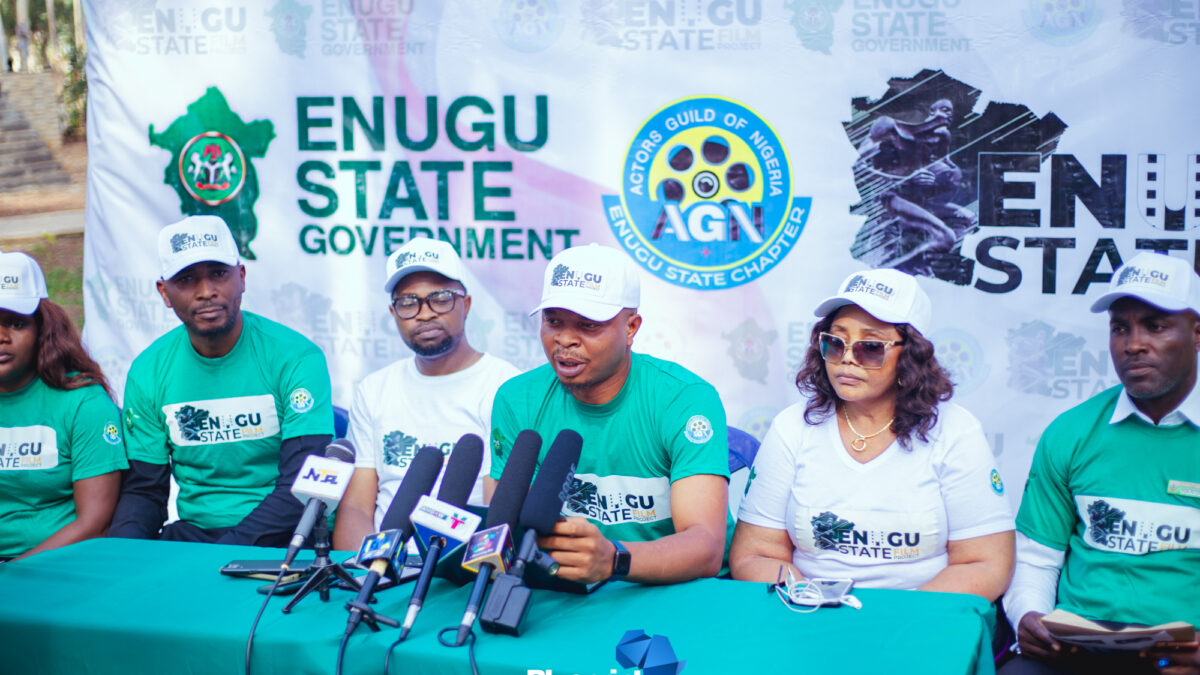 Talents found will be empowered and included into a feature film project focusing on youth sensitization and empowerment for positive change.

On the 5th of October, 2021, the Actors Guild of Nigeria (Enugu State Chapter) conducted a press conference at Unity Park in cooperation with the Enugu State Government to announce the beginning of the Enugu State Film Project.

The major goal of this project is to establish a favorable environment for discovering, grooming, and promoting home-based talents/new breeds of filmmakers such as actors, cinematographers, directors, editors, and producers, as well as to divert youths away from societal vices.

The initiative will kick off with a talent search discovery audition for new actors and musicians, with registration open to anybody. It will begin at 10:00 a.m. on Saturday, October 23rd at Unity Park in Enugu.

Talents found will be empowered and included into a feature film project focusing on youth sensitization and empowerment for positive change, which will be shot around the end of October.

Whitemoney Says, "My Goal Was To Stay In BBNaija For Four Weeks"