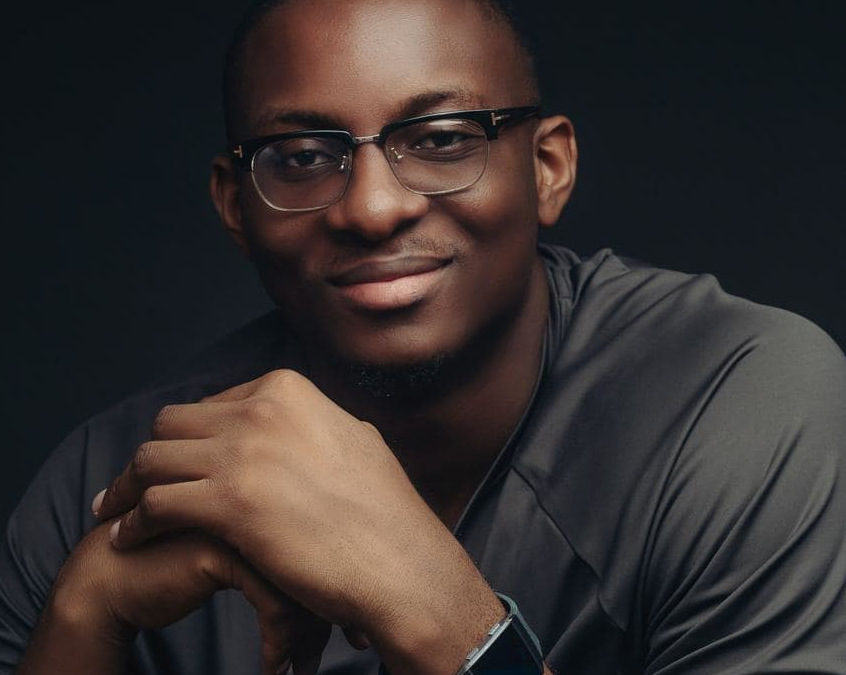 Let us take a moment to give you an in-depth look at the Founder and CEO, Ugochukwu Aronu, as Xend Finance has become Africa’s fastest growing blockchain startup. What path did he take to get to where he is now? Who and what influenced him as a child? Where do you think Xend Finance will be in 5 to 10 years?

Where did you grow up? How does that influence you today?

I grew up in Enugu, the eastern part of Nigeria. Enugu is a very quiet and secure city — mostly populated with civil servants and small business owners. I spent most of my holidays in Lagos (western part of Nigeria). Enugu really influenced my ideal choice of a place I would love to live in because it is very quiet, safe, and has good weather. Lagos fueled my “hustle” spirit. Lagos is a fast-paced city filled with multinational companies and has the highest number of high-level entrepreneurs concentrated in a region. I developed a relentless spirit by spending most of my holidays in Lagos working with my Uncle who is a real estate mogul.

My favourite subjects in school were Biology, Computer Science, Math and Chemistry. I did not like language classes .

What led you to blockchain? What did you study in college? Did you always know you were going to be an entrepreneur?

I studied Electronic Engineering at the University of Nigeria. I really got to know about the blockchain when my colleague, who was doing his masters at the University of Jyvaskyla in Finland, told me about blockchain technology in late 2016 and that I could write code that runs on the blockchain. I felt it was a really cool idea to write code and deploy apps on something as complex and groundbreaking as the blockchain. I started checking out websites that held cryptocurrencies like Bitcoin and Ethereum and discovered Blockchain.info, which provided early inspiration. I was developing some test DApps while also building my own Bitcoin wallet from the ground up because I really wanted to understand how everything worked.

I never knew I was going to be an entrepreneur until my fourth year in the University. I have always dreamt of working in an oil and gas company like Shell or Chevron, because they were the highest salaried jobs at the time and everyone wanted to get employed by them. I even joined a club called Society of Petroleum Engineers (SPE) because the founders said that being a member will help you when seeking a job in the oil companies. In my fourth year in the University (2014), I saw terrible news that Shell was selling over $5B of its assets in Nigeria. I also started doing more research and realized that the youngest and most powerful people in the world were all in Tech. It was very easy to convince myself to switch fully into developing software since I was already doing it as a hobby before that time.

What are your core values in life? Any mantras that you live by?

My core values in life are: Integrity, Persistence, Perseverance and Dogged Hard Work.

Mantras I live by:

What makes you different from other entrepreneurs?

I never give up. I have had this image (below) for almost 10 years. I got it in my second year in university. Anytime I feel tired, afraid or down I think about that frog. He is a different amphibian.

What are some of your hobbies? Interests? Any unique skills?

I like playing soccer. I love playing video games. I love working out; It makes me feel alive. I am interested in developing technology and creating an environment where technology drives every single thing (Wakanda). I am also interested in learning Mandarin.

What do your parents do? How have they influenced you?

My mother is a professor of medicine. She is a pediatrician. My Dad is a chartered accountant (retired). My mom owns her own clinic. She started her clinic in our family sitting room about 20 years ago when I was still a kid without any starting capital. She grew her clinic to over 3,000 patients since inception and has supported our family to great lengths from that business.

My mom gave me my first major business advice; I had built software to manage schools and went to pitch it but got so many rejections. My mom advised me to offer the software for free for the first term and then charge the school after they had gotten hooked. I tried this and it worked like magic. I felt stupid because I do free trials on software everytime, but could not even apply it to my own software business — while my mom who never uses software was able to think about this.

My Dad, although retired, still manages his real estate business. He worked for the Anambra State Housing Development Corporation (ASHDC) for over 23 years. He had to go from Enugu to Anambra everyday and back (over 3 hours of total commute time) for over 23 years. My parents are super resilient, very humble and very supportive. They questioned my decision to quit my job to start my own software business, but after some time they stopped after I was able to convince them that I knew what I was doing and even if everything did not work out, I still knew how to write code and would be able to get a job

Do you have brothers and sisters? What do they do? How have they influenced you?

I have three brothers. We are four boys. I am the youngest. My eldest brother is a physiotherapist, but spends most of his time in real estate. The second brother is a medical doctor in Texas. He is specializing in pediatrics, just like my mother. The third is an Electronic Engineer, but focuses on Software Development. He is a senior software engineer in Canada.

My brothers and I have the strongest bond. You can liken this bond to a lattice structure. Being the last of four boys, they made sure I never lacked anything while I was in the University. They always provided money even though they knew I was on different scholarships. The experience with my brothers engraved sacrifice, trust and responsibility in my life and these values keep helping me everyday in my entrepreneurial journey.

What do you think are your biggest strengths and weaknesses as an entrepreneur?

My biggest strengths include: Excess energy, resilience, trust, hunger to learn more at all times, and teachability.

My biggest weakness: Trust and time (I don’t think there is ever enough time).

What has been your biggest challenge in life? What about with starting Xend Finance?

My biggest challenge in life is managing people. Over 90% of my resources have been spent in investing in people in the past six years when I started my entrepreneurial journey. While the journey has been successful, people are not machines — predictability becomes a difficult task, hence making management really difficult. This applies to starting Xend Finance.

At the time we wanted to start Xend Finance, it was really difficult to get people to see what we were trying to create. Only about three members of the team could understand DeFi at the time, because they went out of their way to learn about it. We also started Xend Finance during the first wave of the pandemic so it was also a factor that affected interest in the project. Most people had reductions in their salaries, which made the idea way beyond their comfort zone. It was a very big challenge at the time.

Where will Xend Finance be in 5 years? 10 years? What will be the challenges with getting there?

The goal for Xend Finance in the next decade will be to secure over 10% of the overall global credit union market.

One major challenge we might face will be the same challenge faced by blockchain-powered projects, globally, which is the issue of regulation. I am very impressed with the level of adoption and acceptance crypto is receiving with the likes of Elon Musk making a grand entrance. I believe that within the next decade, crypto will not face major regulatory challenges anymore.

A challenge we are already facing is the challenge of User Experience when interacting with decentralized apps, which is what we have solved at Xend Finance by building an SDK that will enable a seamless integration into existing apps while abstracting the complexity of the blockchain.

The U.S. Has Returned $20 Million In Abacha’s Loot To Nigeria