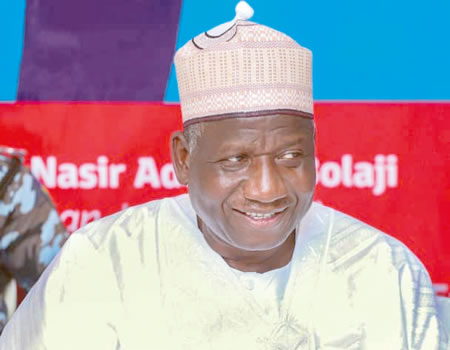 Nigeria’s southern governors have been accused of a gang-up against northerners, according to Ani Yabagi, the national chairman of the Action Democratic Party (ADP).

Mr Yabagi slammed the governor for issuing an ultimatum to put an end to open grazing in the country’s south.

The governors met for the second time in a few months in Lagos to discuss pressing national concerns.

At the conclusion of the conference, a communiqué was published in which they expressed their opposition to the Petroleum Industry’s bill of 3% revenue-sharing formula and pushed for the open grazing ban.

They also demanded that election results be transmitted electronically, and that the south produce the next president in 2023.

Mr Yabagi, a presidential candidate in 2019, branded the southern governors’ meeting and actions as a gang-up against the north and President Muhammadu Buhari’s regime on Channels TV on Monday.

“I believe that bringing together governors of southern descent is the very wrong way to approach national political issues,” Mr Yabagi remarked. “Because the message here, sadly, is like state actors ganging up against the rest of Nigeria, particularly the North, who should be protecting and advancing the country’s unity.”

He went on to say that all of the requests in the governors’ communiqué were divisive and harmful to the country’s unity.

“Everything described in that communique from their meeting appears to be a ganging up on the North.

“How can we have elected politicians, governors for that matter, coming in this manner to emphasize things that separate us when you look at the grazing issue, insecurity, and the subject of politics in 2023?” “It boggles my mind that we aren’t talking about issues that unite the country,” he added.