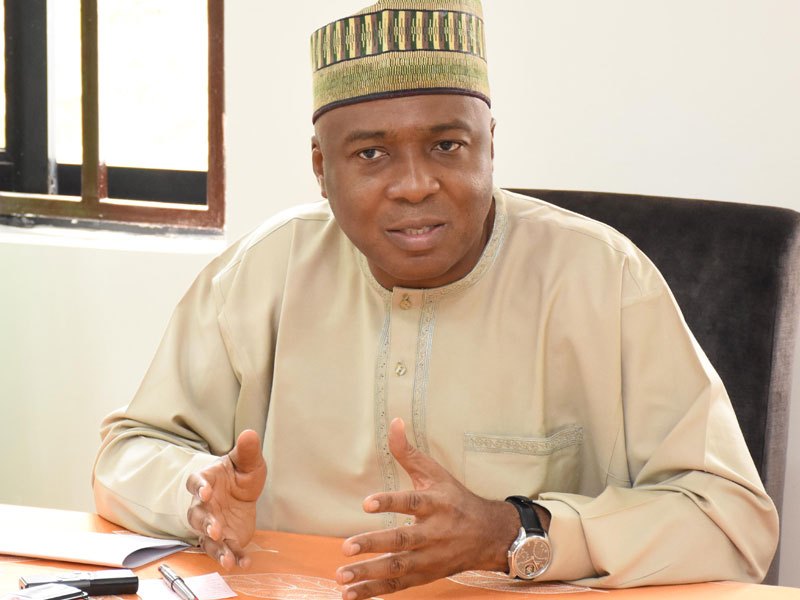 “Today represents an opportunity for the government to begin the police and justice sector reforms,” says Saraki.

On the first anniversary of the shootings of #EndSARS protesters at the Lekki toll gate, Bukola Saraki, the immediate-past President of the Senate, says it’s regrettable that administrations at all levels haven’t learned any lessons.

He also asked Nigerians to consider the lessons learned from the anti-police brutality and abuse demonstrations.

Saraki, whose 8th Senate enacted the Anti-Torture Act in 2017, has called for the federal government to start reforming the police and judiciary systems across the country.

“My thoughts and prayers are with those who lost their lives, loved ones, sustained injuries, or sustained other losses at the Lekki Toll Gate and at various locations in Lagos and around the country when security agencies were deployed to clamp down on the protests and non-state actors took advantage to cause chaos and mayhem.

“It is worrying that despite the acceptance of the “5 for 5 Demands,” nothing has really been done to resolve the issues that caused the protests in the first place.

“None of the policemen accused of torturing and extrajudicially murdering Nigerian citizens have been brought to justice, there has been no marked improvement in the funding or quality of equipment available to the Nigerian Police Force and these incidents of torture continue in many security facilities nationwide.

“Furthermore, none of the perpetrators of the attacks on Nigerians exercising their rights to peaceful assembly have been arrested or prosecuted, despite many of them being identified.

“Similarly, none of the perpetrators of mindless acts of destruction and looting of property worth billions of Naira have been arrested or brought to justice.

“Instead, several young people are still held in detention facilities across the country without trial.

“It appears that the lessons that ought to be learned from the events last year have been lost.

“This is why rather than mobilise to safeguard and protect citizens, the Nigerian Police have resorted to threats and mobilisation to prevent further expressions of dissatisfaction with the status quo.

“It is my sincere hope that common sense will prevail and the young people who seek to hold events to mark the first anniversary of the events at the Lekki Toll Gate will be allowed to peacefully gather and be protected from any forms of violence.

“The carnage that followed the attacks on protesters by security agencies and non-state actors must stand as a lesson to governments at all levels that they must learn to engage with the Nigerian populace in a manner that preserves and respects their constitutional rights and freedoms or face the risk of creating an atmosphere that enables a breakdown of law and order.

“This is the only way we can honour the memory of those who gave their lives for this cause,” Saraki states.