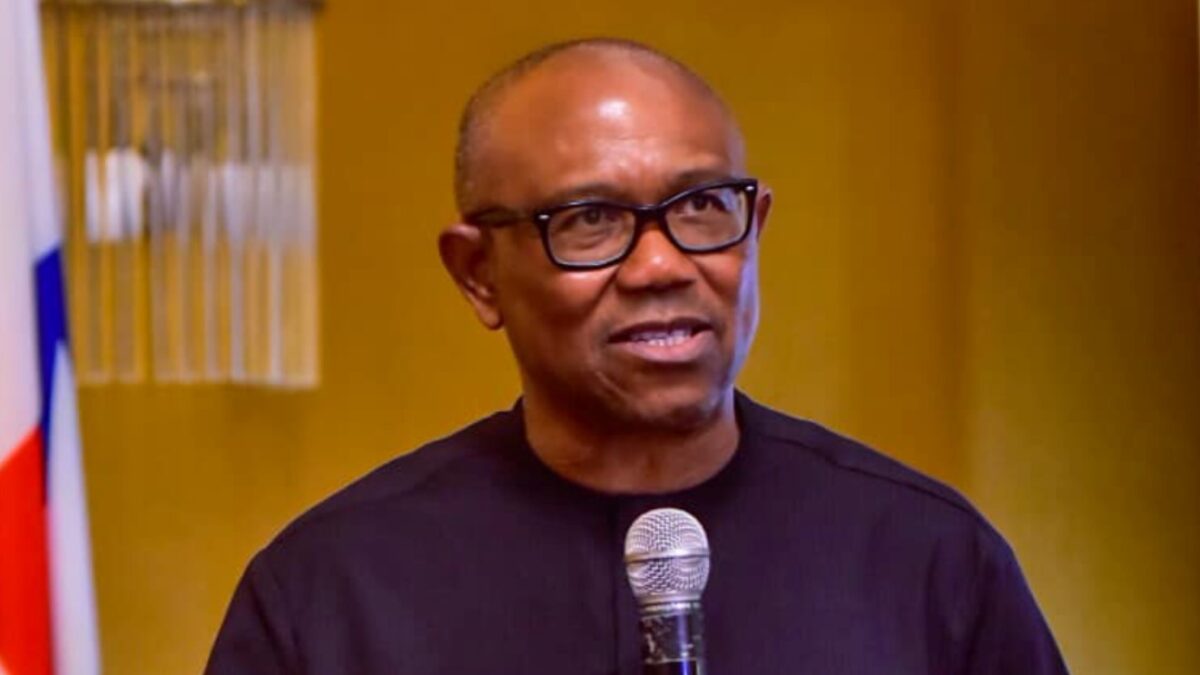 The Presidential Candidate of the Labour Party (LP), Mr. Peter Obi, on Monday in Lagos said that he would rather die than fail his supporters.

Obi also said that the right leadership would eliminate most of Nigeria’s challenges by turning the country from consumption to production.

Obi spoke at the Editors Forum, an initiative of the Nigerian Guild of Editors (NGE).

The former Governor of Anambra State said that the nation was going through many challenges mainly because it was a consuming instead of a producing country.

According to him, if the nation is productive, three-quarters of its challenges can be solved.

He listed the challenges to include unemployment, poverty, criminality, and insecurity.

“We cannot have that number of people living in poverty and not have criminality, banditry, and so on.

“We must remove sharing formula and replace it with the production formula,” he said.

He said that Nigeria had fertile lands and the population to do well in agriculture.

“The hope of this country is the vast uncultivated land, not that oil we are seeing.

“My commitment is to put Nigeria into production.

“It is not acceptable that we cannot feed ourselves.

“We must get the country to work; all it requires is the leadership that understands and can drive the process. I can do that, ” he said.

On his campaign funding, Obi said that contrary to insinuations, no one else was funding the campaign.

He also said that he did not give money to anyone to step down for him or walk with him.

“I cannot be talking about being transparent about managing public money without starting with my campaign.

“I do not pay people to work with me. Nobody will say he is funding Peter Obi’s campaign. I am funding it myself.

“All those things happening everywhere are just that people believe in our cause and give whatever it is from their little resources.

“I am encouraged, and I assure them that they are doing it for the right cause and I will never disappoint them,” he said.

On Nigeria’s debt profile, Obi said that there was nothing wrong in borrowing.

“Every nation borrows, individual businesses borrow all over the world.

“What is important is what we use the borrowed money to do. If you borrow for consumption, that is where we have a problem.”

He said that borrowed money should be invested well to increase the country’s gross domestic product and per capita income.

“I won’t say I will not borrow but I will only borrow for investment and I will explain to Nigerians the need for the borrowing,” he added.

Promising to reduce the nation’s debt burden, Obi pledged to eliminate all waste and rascality, if elected.

On communication, Obi pledged to regularly interface with Nigerians and provide information on the running of his government, if elected.

He described communication as vital for good governance.

He called on Nigerians to elect their next president based on character, integrity competence, capacity, and commitment.

He said that there was a need to prioritize the rule of law, law, and order, education development, and other intangible assets to drive investors.

On power supply, the LP candidate said that adequate power generation and distribution were not rocket science and were achievable.

“We will support those generating power and do everything possible on distribution.

“I can tell you that within years, we will move from where we are, to 20,000 megawatts, because we need it for production,” he said.

On technology, Obi said that, if elected, his administration would use science and technology to improve production, security, education, and job creation.

“Everything is driven by technology.”

On women’s involvement in governance, Obi said: “We are going to involve women and youths if I have the opportunity to serve because that 50 percent of our population must come into productive use.”

On predictions about the outcomes of the 2023 Presidential Election, Obi said that only God knew who would win the election.

On his supporters, Obi said that he did know many of them, but vowed not to disappoint them.

Some members of the Nigerian Guild of Editors

Earlier, the President of the NGE, Mr. Mustapha Isah, said that the forum was to provide an opportunity for presidential candidates and other key players in the 2023 General Elections to tell Nigerians their plans.

Isah said that the forum was in line with NGE’s resolve to provide adequate information to the members of the electorate to enable them to make informed choices during the elections.

He added that it was aimed at promoting issue-based campaigns.