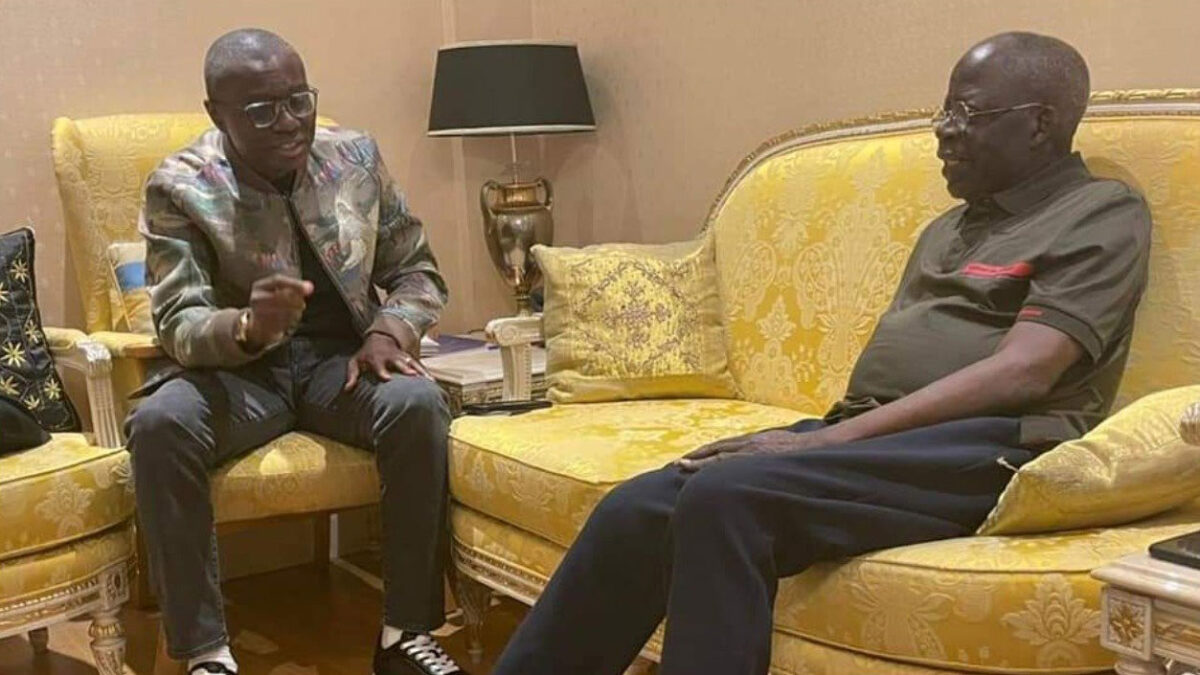 According to Sanwo-Olu, Asiwaju Tinubu’s story is one of vision, passion, and action.

In the run-up to the 2023 general elections, Lagos Governor Babajide Sanwo-Olu has  thrown his support behind Asiwaju Bola Tinubu.

The fact that ex-Governor of Lagos, Bola Tinubu, has been quietly laying the groundwork for a presidential bid in 2023 is arguably the worst kept secret in the land:

As he recovers from surgery, powerful politicians have been boarding London-bound aircraft to see him, and Tinubu recently reacted to shouts of “Mr. President, see you soon” with “Thank You.”

Sanwo-Olu spoke at the launch of the Southwest Agenda 2023 (SWAGA ’23), a campaign organisation that has been smearing Nigeria with Tinubu’s presidential campaign posters, on Thursday, October 7.

Sanwo-Olu said: “Asiwaju Tinubu’s story has been a legend in vision, passion and action. These three values stand him out among his contemporaries in national politics today.

“It is no wonder the man stretches his arm of fellowship beyond Lagos, the state he led for eight years as a governor and in which he bequeathed the legacy we are building on. He is nationalist in thinking and progressive in action.”

SWAGA, according to Sanwo-Olu, is a movement that embodies the Tinubu worldview.

He also stated that the group’s plan for Tinubu to become Nigeria’s president in 2023 will be “brought to a logical end.”

“The SWAGA we are launching in Lagos today is a demonstration of Tinubu’s enduring political principles and strong vision,” he said.

“Those behind the movement took the three values and push them with passion. What we are witnessing today is the action from the vision and passion; this is what SWAGA represents.

“By the grace of God, we will drive this agenda to a logical end and we will all witness the inauguration of our political icon come 2023,” he added.

“If we want true progress, employment, security and development, we all know who is capable of creating these opportunities for us. He is Asiwaju,” Hamzat said.

'Amina,' a film by Izu Ojukwu, is coming to Netflix