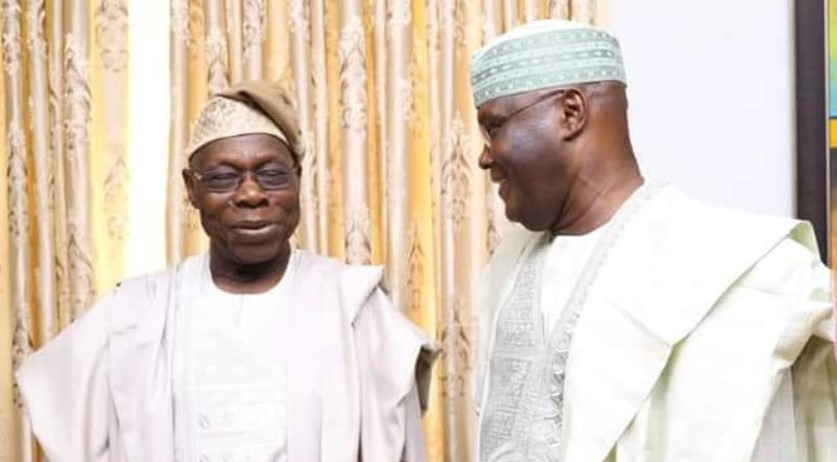 Obasanjo Says The Next President Must Come From The South

OBJ stated that choosing Atiku as his campaign mate in the 1999 presidential election was one of his many regrets.

Olusegun Obasanjo, a former president of Nigeria, is said to have abandoned Alhaji Atiku Abubakar’s bid for the presidency after insisting that Muhammadu Buhari’s successor must come from the south.

Obasanjo believed that because Buhari is from the North, a candidate from the South should be chosen to succeed him.

The most prominent contender from the North in the 2023 election is Atiku, who served as Obasanjo’s deputy from 1999 to 2007.

Obasanjo gave a speech when he welcomed the Mzough U Tiv (MUT) leaders from Benue State over the weekend in the capital of Ogun State, Abeokuta.

In a statement sent by his media assistant Kehinde Akinyemi, Obasanjo declared his support for a rotating presidency and insisted that in 2023, power must return to the South.

He tasked Middle Belt leaders with continuing to push for a rotating presidency for the nation, pleading with Nigerians not to cast ballots based on feelings that may split the country apart.

Iorbee Ihagh, the Tiv leader, had already asked Obasanjo to back a transfer of authority from the North to the South.

According to Ihagh, the Mzough u Tiv and the Middle Belt Forum have decided to support the transfer of power in the interests of justice, fairness, and real federalism.

He expressed optimism that the 2031 president will come from the Middle Belt.

Their relationship worsened after they both won their second terms in office in 2003, and it continued to do so until Atiku challenged Obasanjo’s chosen successor, the late President Umaru Musa Yar’Adua, in the 2007 presidential election.

Atiku Abubakar’s selection as Obasanjo’s running partner for the 1999 presidential election, the former vice president claimed, was one of his missteps earlier this year.

M.I Says Nobody Has Toiled For Hip Hop In Nigeria Like He Has

Sammie Okposo Will Be Laid To Rest On December 15, Burial Details