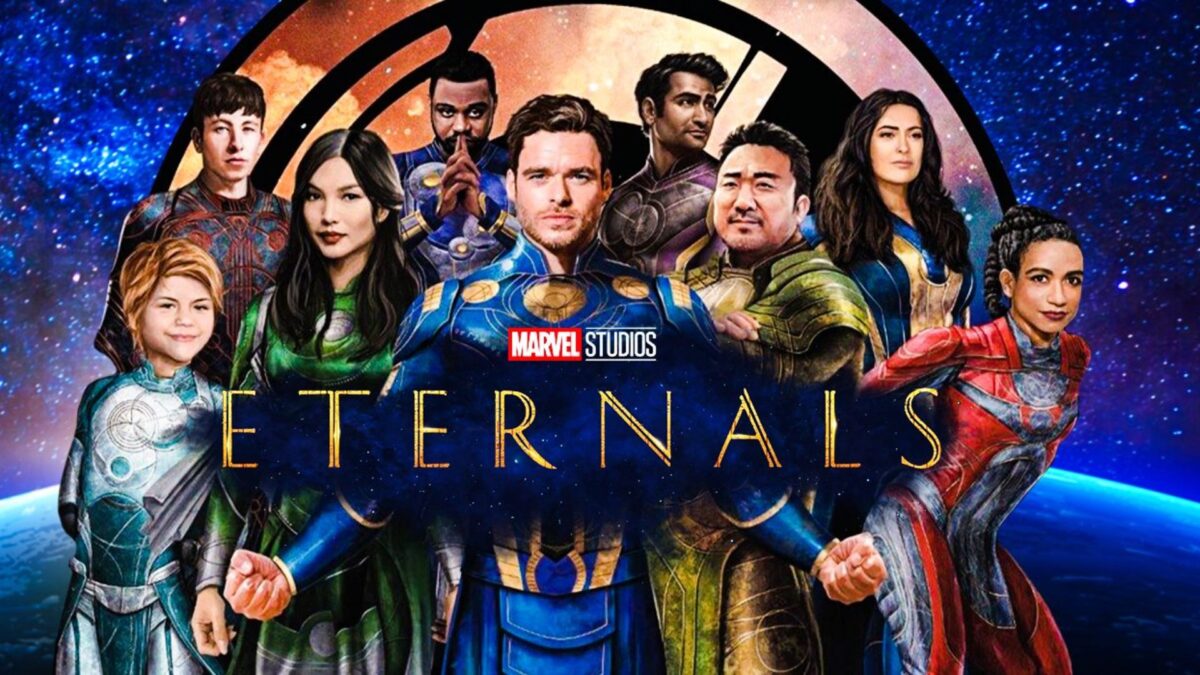 In the Nigerian movie version of Eternals, all appearance of intimacy between characters has been removed.

Eternals has been unbanned in Nigeria allowing people to view it like the rest of the world, but the intimate scenes have been censored.

The film was supposed to premiere in Nigeria on November 5, 2021, however it was abruptly pulled from all theaters’ schedules that day with no explanation.

Nigeria had joined a group of conservative Arab countries that had objected to a five-second onscreen kiss between two guys in the film, according to reports.

Although Phastos, played by Brian Tyree Henry, has been commended as the MCU’s first openly homosexual superhero, the kiss he shared with his onscreen husband, Ben (Haaz Sleiman), was deemed offensive by officials in the impacted nations, several of which have current homophobic laws.

Nigeria has a similar anti-homosexuality law that forbids same-sex relationships and sentences of 14 years in prison for anyone convicted.

There was no official explanation offered for why Eternals was taken from theaters on November 5, but the National Film, Video, and Censors Board apparently put pressure on theaters (NFVCB).

Filmone Entertainment, the film’s distributor, said the picture was only ‘temporarily paused’ a few days later, but didn’t say why.

On November 12, the film was eventually released in Nigerian theaters, allowing Nigerians to join the rest of the globe in seeing the latest installment in the Marvel Cinematic Universe.

However, the version of the film that Nigerians are watching has been heavily edited, and any impression of intimacy has been completely removed, with unsettling results.

Not only was the gay kiss scene removed, but so were several other instances in which heterosexual characters kissed, leaving viewers perplexed.

Other countries that have made a fuss over the film, such as the United Arab Emirates, Jordan, Lebanon, and Egypt, restrict all moments of intimacy in their cinemas, while Nigeria does not.

A sex scene between Ikaris (Richard Madden) and Sersi (Gemma Chan), two of the film’s main superheroes, did not make the version of Eternals that Nigerians have begun to watch.

The NFVCB and Filmhouse were contacted for comment, but at the time of publication, neither had responded.

Disney, the parent company of Marvel Studios, had initially rebuffed requests for heavy editing of the film as a condition of allowing screenings in contentious regions, but reports this week suggested the firm had altered its stance.

The film’s box office performance in Nigeria is expected to be impacted by the heavy-handed censorship, since many people have criticized the cuts and are content to wait for it to be accessible on a streaming service or illegal download sites.

Despite having already been the least critically acclaimed MCU film, with a Rotten Tomatoes score of 47 %, Eternals is predicted to do well at the global box office.