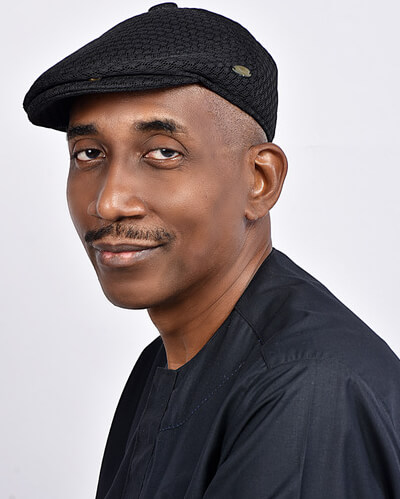 The MilkMaid is a film about a Fulani milkmaid Aisha and her sister Zainab who suffer the consequences of an insurgency in the North eastern part of Nigeria.

The MilkMaid is a film about a Fulani milkmaid Aisha and her sister Zainab who suffer the consequences of an insurgency in the North eastern part of Nigeria. The Film has won several awards and accolades including Best Film at the 2020 African Movie Awards, Best Makeup and Best Actress in a supporting role. It was also the first Nigerian entry at the Oscars.

The Director, Desmond Ovbiagele said, “I wanted to create a film that everyone, irrespective of tribe and religion can identify with. To contribute towards a unifying force for the country. We should be able to care deeply about someone who doesn’t live anywhere near you. It’s not just about the insurgency, it’s about our connection as human beings in Nigeria, we tend to move in stratified groups of society and not have any empathy for other groups.”

The Director also mentioned that he wanted viewers to appreciate the lives of people who live in these regions where insurgencies are taking place and understand their lives, appreciate their vibrant cultures and identify with them beyond reading about them in the newspapers.

Dr. Fati Akilu, who is the executive director of the Neem Foundation and a trained psychologist with over 20 years of experience in the field of mental health, psychology and preventing violent extremism, was a guest on the podcast. Dr Fati said that her organisation takes a holistic approach to preventing violent extremism. She said, “The Neem Foundation looks at the gaps that cause violence to persist in our communities.” She referred to gaps such as lack of governance, lack of basic amenities, lack of education, lack of pathways to self-actualisation and misguided religious preaching. She added, “More fundamentally, we look at the millions of youth without access to opportunities such as skills, no outlet to express themselves, no access to sports, music, culture, arts.” She asked the question, “How does a young person express themselves as they transition to adulthood?”  She added that the Neem Foundation has a big trauma component, they provide training on imbibing critical thinking, values and dealing with polarisation. They focus on sports, negotiation and dialogue.

The lead actress of the movie, Anthonieta Kalunta, who was also a guest on the podcast, mentioned that it was very challenging to attempt to put herself in the shoes of the main character Aisha. She said that Aisha is a character that she will never forget.

Mrs Habiba Balogun, a behavioural scientist and the Lagos Coordinator of the Bring Back our Girls initiative, “when you are working in this field it can be very traumatic and you have to take care of mental health.” Mrs. Balogun gave an update of the status of the Chibok Girls and mentioned that some have escaped captivity and been able to get on with their lives and have careers, but others are still in captivity and the Bring Back our Girls movement is putting pressure on the government to ensure that they can be reunited with their families and regain control of their lives.

The Director also mentioned that he would like viewers to be motivated beyond their comfort zones in order to help and assist to improve the current situation in whatever way they can.

Sheikh Nuruddeen Lemu, Director of Research and Training at the Dawah Institute of Nigeria, conducts train the trainer courses in enhancing interreligious dialogue and engagement and responding to religious extremism. Sheikh Nuruddeen said they focus on capacity building with community leaders to empathise with grievances and let the youth be listened to so that they are not further recruited. They also analyse realistic alternatives to violence. They show the young people what the collateral damage has been. They look the internally displaced peoples camps (IDPs) and the villages that have been destroyed by the insurgencies.

The Director also mentioned that he would like filmmakers to be aware of the potential that they have in making social impact by combining education with entertainment. He also mentioned that what struck him most during his research, was the resilience of the victims.

He said, “I spoke to some survivors and if you had just seen them and not spoken to them about their experience, you would never have known what they had been through. They were still making the best of their existence.”

The Director mentioned that he wanted to give a voice to the voiceless and show the lives of the people who are most affected by these insurgencies.