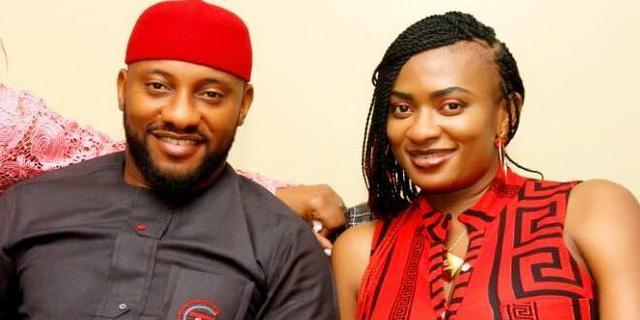 She also thanked everyone for reaching out to her.

May, the first wife of Nollywood star Yul Edochie, has spoken out after her husband married another woman.

On social media, Edochie revealed his second wife and son.

On Tuesday, May 10, 2022, the mother of four took to Instagram to thank everyone for reaching out to her after the terrible news broke.

“I sincerely want to appreciate everyone for the tremendous love, prayers and support from all over the world. It has really been overwhelming. You have all been an incredible pillar of strength during this trying period,” she wrote.

May went on to voice her displeasure with her husband’s polygamy decision.

“My phones are buzzing once again due to the OLD video trending online today. My family and faith ABSOLUTELY do NOT practice polygamy, although it works for some people,” she added.

“God has blessed me with a beautiful and loving family. I need you all to continue to keep me and my family in your prayers. May God bless you all abundantly for your love, prayers and support.”

The actor revealed his new family on social media on Wednesday, April 27, 2022.

Many people reacted negatively to it, including his first wife, May, who called him out.

Later, the actor uploaded a photo of his first wife, May, and labeled her as his “undisputed number one.”

Yul and May have four children and have been married for sixteen years.

‘Flaky,’ By Michael Obiazi Will Be Released In North America