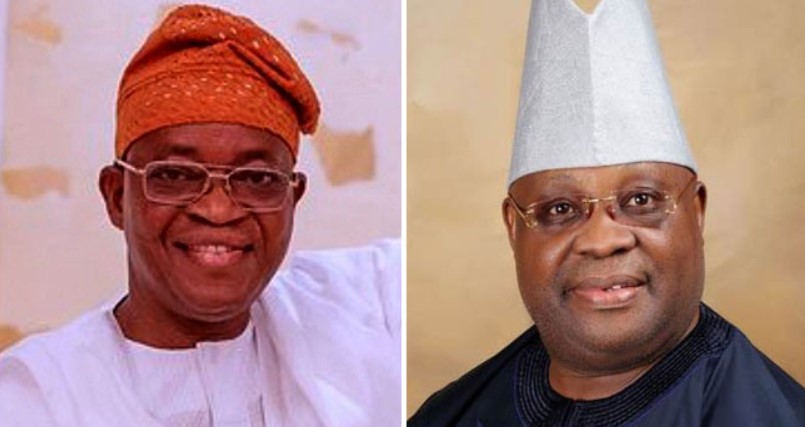 Babayemi asked the court for an order to throw out Adeleke’s victory in the primary and recognize the factional primary that produced him as the legitimate candidate for governor on the party’s behalf.

In the wake of his defeat in the State of Osun’s governorship election on July 16, there are claims that Governor Adegboyega Oyetola is plotting to keep his position through a backdoor.

Nevertheless, there have been rumors that Oyetola contacted Omooba Dotun Babayemi, the PDP’s disgruntled governorship candidate, and encouraged him to file a lawsuit challenging the primary election that resulted in Adeleke’s selection as the party’s nominee, in order to get the case heard by the Supreme Court.

Babayemi is asking the court for an order to throw out Adeleke’s victory in the primary and recognize the factional primary that produced him as the legitimate candidate for governor on the party’s behalf.

The Appeal Court dismissed Babayemi’s appeal last Thursday, which was good news for the party.

There were claims from the PDP camp between Friday and Tuesday that Oyetola had spoken with Babayemi and pushed him to fight the ruling at the Supreme Court.

According to PDP supporters, Oyetola’s motivation was to get the Supreme Court to annul both of the PDP’s primaries conducted on March 29 of this year so that he would profit from the ruling by coming in second place in the governorship race.

OSUN DEFENDER gathered that Babayemi has moved to the Supreme Court on Monday for the final determination of the suit.

The PDP, in a press statement signed by its Caretaker Chairman, Dr. Akindele Adekunle, accused Babayemi of being a tool of the APC to truncate Adeleke’s victory.

According to Adekunle, Babayemi was expected to stop further legal action if truly he is a genuine member of the party after Adeleke’s victory.

Majeeed Named Apple Music Up Next Artist In Nigeria