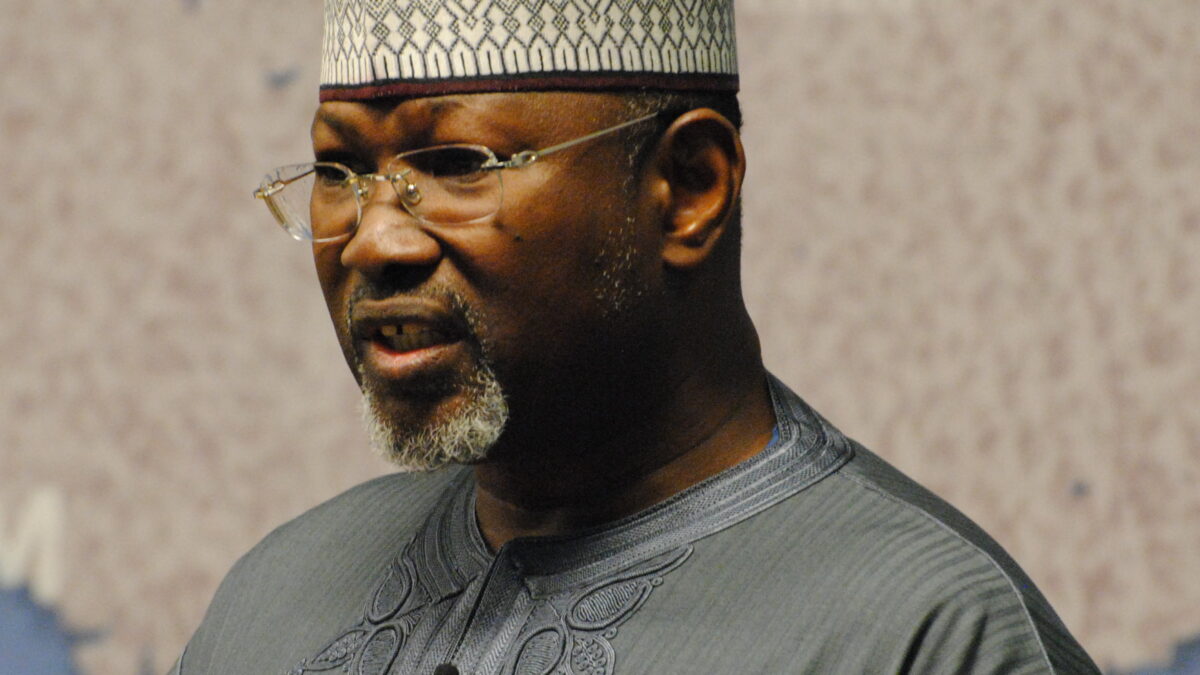 He said this in an interview with newsmen on the sideline of the ongoing ECOWAS Parliament’s High-level Seminar on Thursday in Winneba, Ghana.

Jega, who commended the passage of the bill by the National Assembly which now gives INEC power to transmit results electronically, said it was a positive development ahead of 2023 elections.

He stated that it was one of the legal frameworks that would guarantee credible elections in the country.

“I have no doubt that Nigeria has the competence and capacity to deploy electronic transmission of results.

“Since 2012, INEC has been piloting an electronic transmission of result system with robust software, with robust security, and they have piloted it in many elections.

“I am happy now that the National Assembly has agreed for this to be done and has created the legal framework.

“One of the major areas where fraud takes place in the elections of Nigeria is in the transmission of results manually.

“From the polling units, to the ward level, to the constituency level, electronic transmission of result will wipe this out,” Jega said.

Jega also urged Nigerians to trust the new process, adding that it is wrong to assume that results will not be accurately transmitted without a 100 per cent network coverage.

He said that even in developed countries, they are sometimes confronted with the challenge of poor network, but once 70 per cent of results can be transmitted electronically, it is a pass.

“It is wrong to assume that if you cannot have 100 per cent coverage internet coverage then you cannot do electronic transmission of results, who says so?

“Even in developed countries, there are still areas where you can have challenges of internet connectivity.

“We have to accept that in these modern times, we can use technology to improve the integrity of elections and it is the only way to go,” Jega added.

Jega also urged the National Assembly to review the draft bill that allows the trend of extreme monetization of politics in Nigeria which allows only the rich to participate in politics.

“There are other things in the draft bill, for example, monetization of politics, they have increased the threshold.

“These are other provisions that the members of the National Assembly needs to consider and drastically reduce otherwise, or they will turn our democracy to plutocracy, which is government for the rich.”