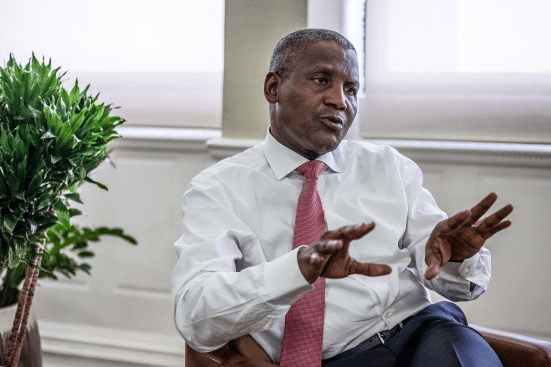 For the tenth time, Nigeria’s entrepreneurial giant and richest black man on earth, Mr. Aliko Dangote, has retained his position as the richest man in Africa with a net worth of $12.1 billion, according to the 2021 edition of the Forbes’ Top 10 Africa’s Billionaires List.

Two other Nigerian business gurus– the Founder of Globacom, Chief Mike Adenuga, and Chairman of BUA Group, Mr. Abdul Samad Rabiu, emerged the fifth and sixth on the list, with $6.3 billion and $5.5 billion net worth, respectively.

Dangote, whose business interest cuts across cement and sugar manufacturing, as well as petroleum refining, surpassed the second-placed Sawiris in net worth by $3.6 billion on the rankings.

Also, Dangote’s net worth is higher than that of Adenuga and Rabiu by $5.8 billion and $6.6 billion respectively.

However, Egyptian investor, Nassef Sawiris, ranked second with a net worth of $8.5 billion, while two South African business moguls, Nicky Oppenheimer and Johann Rupert, emerged third and fourth respectively on the list with $8 billion and $7.2 billion net worth.