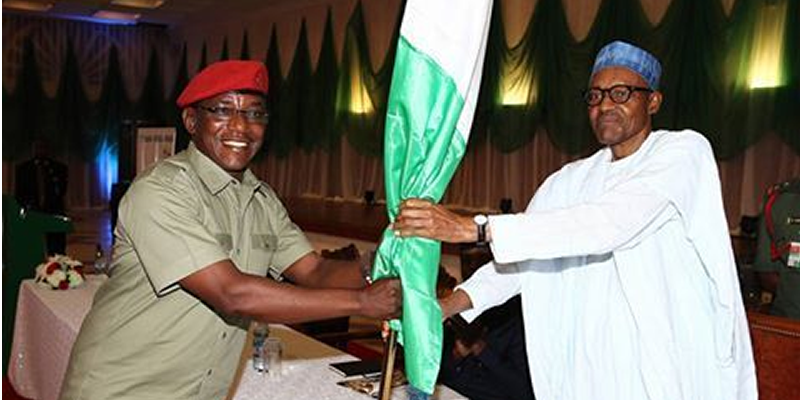 Dalung believes that the people Buhari surrounds himself with are not carrying their fair share of the blame.

Solomon Dalung, a former Minister of Youth and Sports Development, has advised President Muhammadu Buhari to stop relying on ‘overzealous elements’ to govern the country.

Dalung, who served as minister from 2015 to 2019, said the president is a victim of good intentions in a post on his verified Facebook page.

He went on to say that the people the president surrounds himself with are not doing their fair share of the work.

“If everybody is honestly doing their own part of the responsibility, the furore about your personality would have not existed in the first place. Since you depend on them to govern, their stories are your truth, which is the opposite of the reality on ground.

“You have been overwhelmed by challenges of leadership and desperately desire assistance, but unfortunately, you are a victim of noble intentions surrounded by overzealous elements patronising an agenda contrary to your mandate, ” the post reads in part.

Dalung added that the president should remember that he cannot relieve himself of responsibility because the majority of the blame falls on his shoulders.