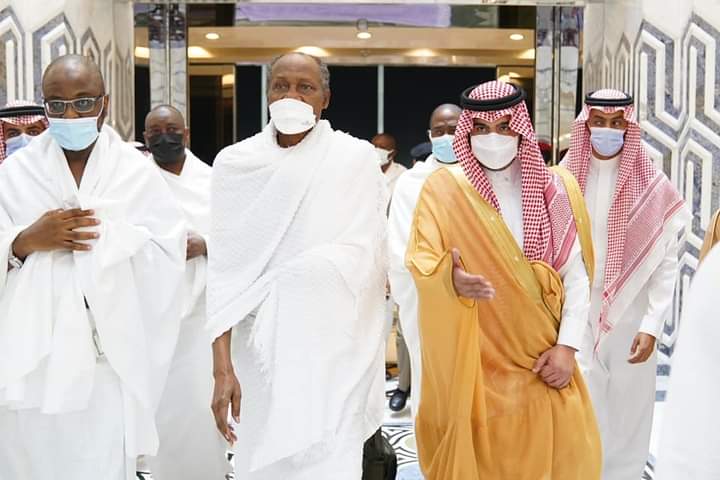 President Muhammadu Buhari on Wednesday continued his visit to Saudi Arabia with a brief stopover at Medinah where he observed his evening prayers and engaged in intense prayers for the return of peace and security in Nigeria.

The News Agency of Nigeria (NAN) reports that the president, who embarked on the prayer session along with members of his entourage, had earlier been received at the Prince Muhammad Abdulaziz Airport, Medinah, by the Deputy Governor of the Region, Prince Sa’ud Al-Faisal.

NAN reports that the Nigerian leader spent quality time at the Mosque of the Holy Prophet Muhammed, Islam’s second holiest, engaging in prayers and recitation of the Holy Qur’an.

President Buhari and the delegation prayed for the well-being of the nation and its people and for the full restoration of peace and security in Nigerian and around the globe.

He also prayed for the economy, ravaged by the pandemic, to fully recover for the benefit of the nation and its people.

The president is expected, later on in the evening, to proceed to Makkah for the performance of the Umrah (lesser Hajj).