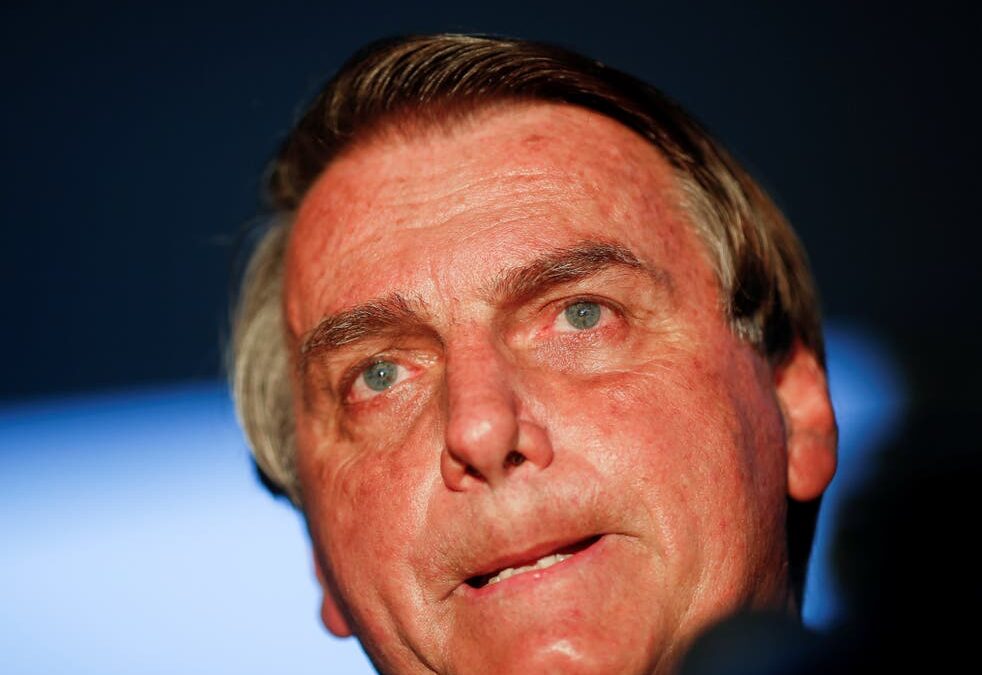 Jair Bolsonaro is suffering from an intestinal obstruction, according to the Brazilian president’s administration, and may require emergency surgery.

After a 10-day episode of persistent hiccups, Brazilian President Jair Bolsonaro was taken to a hospital in Sao Paulo for testing on a potentially blocked bowel, his office announced on Wednesday.

The 66-year-old had been vocal about his hiccups after undergoing tooth implant surgery on July 3.

Following speculations that Bolsonaro might require emergency surgery, the Vila Nova Star hospital in Sao Paulo stated late Wednesday that the president will remain in the hospital “initially under conservative treatment.”

The president’s calendar will be freed for 48 hours, according to Communications Minister Fabio Faria.

Bolsonaro’s son Flavio told radio station Jovem Pan that his father had been taken to a critical care unit in Brasilia and intubated earlier in the day.

In the interview, Flavio Bolsonaro stated, “He ended up being intubated to protect him from breathing in fluids coming from his stomach.”

According to the president’s office, he was brought to a military hospital in Brasilia’s capital “to conduct tests and determine the origin of the hiccups.”

“This is occurring at a time when President Jair Bolsonaro is experiencing the worst moment of his two-and-a-half-year presidency,” said Monica Yanakiew of Al Jazeera from Rio de Janeiro. “The Senate is looking into the government’s response to the COVID-19 epidemic, and his popularity has plummeted.”

Bolsonaro uploaded a selfie of himself smiling with his eyes closed and laying in a hospital bed surrounded with sensors and wires on his Facebook page shortly after learning of his relocation to Sao Paulo.
“I appreciate everyone’s support and prayers,” Bolsonaro said in the message.

After being stabbed in the intestines on the campaign trail in 2018 and almost dying, Bolsonaro’s health has been a major concern during his administration. Multiple follow-up procedures have been necessary as a result of the attack. Bolsonaro’s hospitalization was “a result of the 2018 knifing,” according to Bia Kicis, a pro-Bolsonaro federal politician.

According to statistics from Johns Hopkins University, the president is facing widespread demonstrations and a Senate panel probe over his administration’s handling of the coronavirus epidemic, which has killed more than 535,800 people too far.

Bolsonaro has also been accused of neglecting to appropriately respond to apparent anomalies in the acquisition of a COVID-19 vaccine from India by the Brazilian health ministry. The government suspended the contract when reports of violations were made public.

The Reuters news agency reported on Monday that Brazil’s federal police had formally started an investigation into Bolsonaro over the claims, citing an anonymous source with knowledge of the situation.

When he was a federal deputy, the far-right leader was also suspected of taking part in a plot to swindle his aides’ pay.

All of the charges leveled against him have been rejected by the president.

However, recent surveys suggest that his popularity is eroding, which might mean bad news in the run-up to next year’s elections.

A Datafolha poll released over the weekend found that 54 percent of Brazilians favor a proposed move by the country’s lower house to begin impeachment proceedings against Bolsonaro, while 42 percent reject it.

It was the first time a majority of Brazilians voted in favor of such legislation.

A Datafolha poll released over the weekend found that 54 percent of Brazilians favor a proposed move by the country’s lower house to begin impeachment proceedings against Bolsonaro, while 42 percent reject it.

It was the first time a majority of Brazilians voted in favor of such legislation.

‘Love Nwantiti’ By Ckay Certified Gold In The US