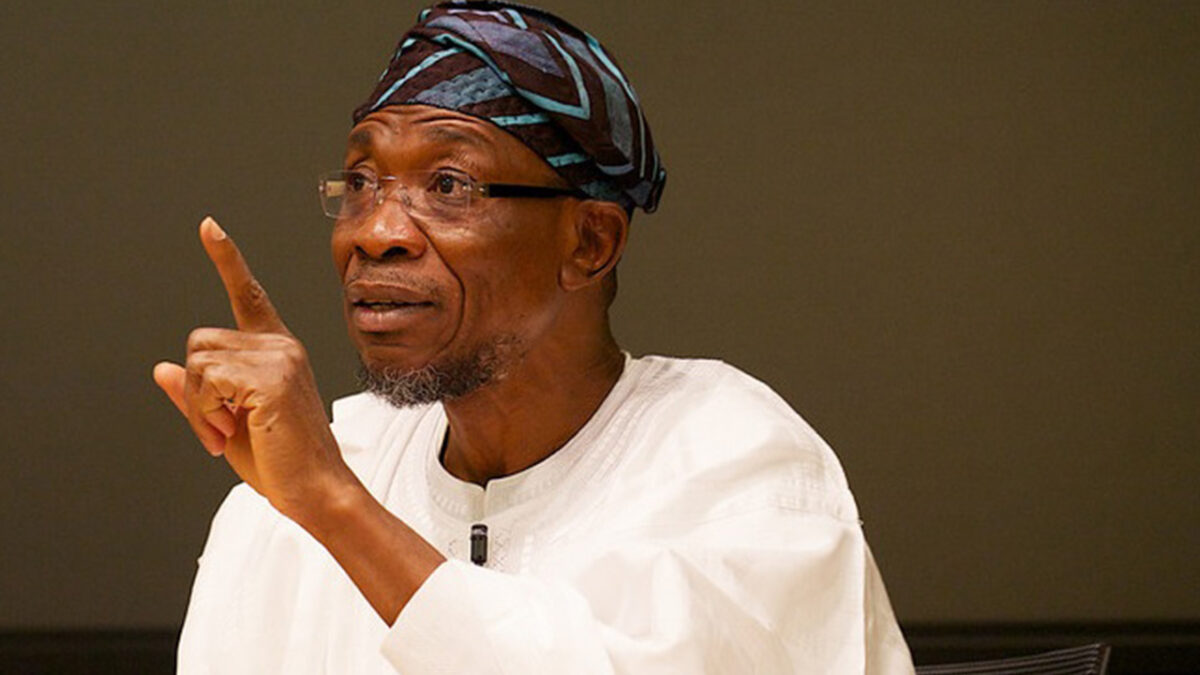 According to Aregbesola, the fleeing Prisoners had nowhere to hide.

Gunmen are attacking penitentiary facilities in the country, according to Minister of Interior Ogbeni Rauf Aregbesola, to mock the Federal Government.

The minister made the remarks on Sunday, October 24, 2021, during an inspection visit to the Nigeria Correctional Service’s Abolongo Custodial Centre, which was recently attacked in Oyo state.

According to him, there have been jailbreaks and attacks on prison facilities in four states since last year’s #EndSARS protests.

“External attacks on custodial facilities were a rarity hitherto. What was common, and for which our system had been well primed, was an internal breach. But beginning with the spontaneous #EndSARS protests of last year which dovetailed into massive riots, there have been consistent attacks on our facilities in Owerri, Benin, Kabba, and now Oyo,” he said.

“This is not just some random happenings. These are premeditated, planned and coordinated attacks meant to make Nigeria unsafe and ridicule the government.

Hundreds of convicts fled from the Oyo correctional facility on Friday after gunmen attacked the facility.

According to the Nigeria Correctional Service, Oyo State Command, 837 awaiting trial detainees escaped from the center during the attack, with 262 of them being caught.

However, 446 of the 907 escapees have been apprehended, while 69 have never left the facility, according to Aregbesola.

Speaking on the attack, the minister said the “Federal Government will pursue not just those who attacked our facility, but those who have escaped lawful custody.”

“The attack was unconscionable, I commend officers of the Nigeria Correctional Service and other members of sister security agencies who provided perimeter security for our facility for fighting gallantly and holding the fort before the attackers were able to gain access to the awaiting trial section of the facility, however, those who escaped are already being pursued. Some have been rearrested, many more will still be captured.”

“You can run, but you can’t hide. We’ll fish you out! We are publishing details of those we escaped in the mass media so the public can assist in that effort,” he said.

Aregbesola stated that the fleeing inmates have nowhere to hide.

He said that the service has an up-to-date database of the escapees’ biometrics.

The database would be shared with all security agencies in the country, including Interpol, in order to apprehend fugitive inmates, according to the minister.

Buhari Speaks About The Attack On Ifeanyi Ubah’s Convoy