Home > News > 15thHeadies; Portable Threatens Any Artists That Wins Headies Before Him 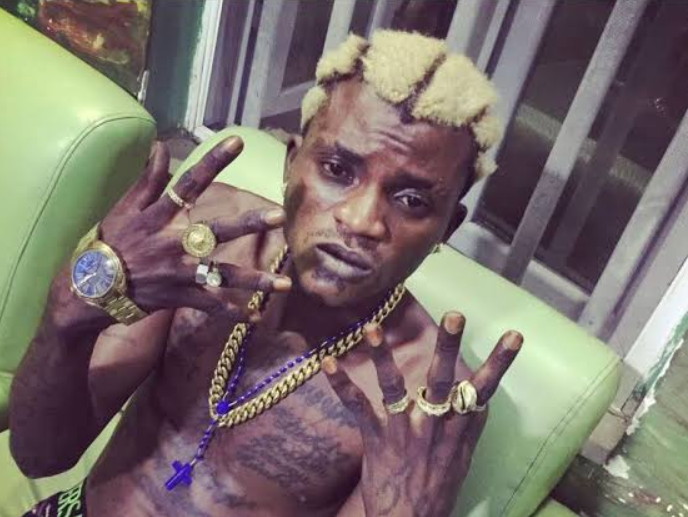 Portable, who has two nominations for the 2022 Headies, took to Instagram to threaten whoever wins the award over him.

The street music star sat naked in a vehicle in a video currently spreading on social media, arguing in Yoruba why he deserved to win over the other finalists.

The controversial musician claims that his tune “Zazuu Zeh” is considerably more popular than the other songs on the playlist. In comparison to his fellow contenders, Portable claims to be more well-known on the street.

He went on to declare that if he doesn’t win, he’ll kill whoever beats him to the prize.

Portable’s threat is unlikely to be taken seriously by the other candidates in the Rookie of the Year and Street Hop Song categories.

Portable will be aiming to beat off other newcomers for Rookie of the Year, and he will be up against some hard competition for Street Hop Single of the Year.

Fans will have to wait until September 4th, 2022, when the fifteenth Headies award will be held in Atlanta, Georgia, to see if he will walk away with a plaque or make other arrangements.