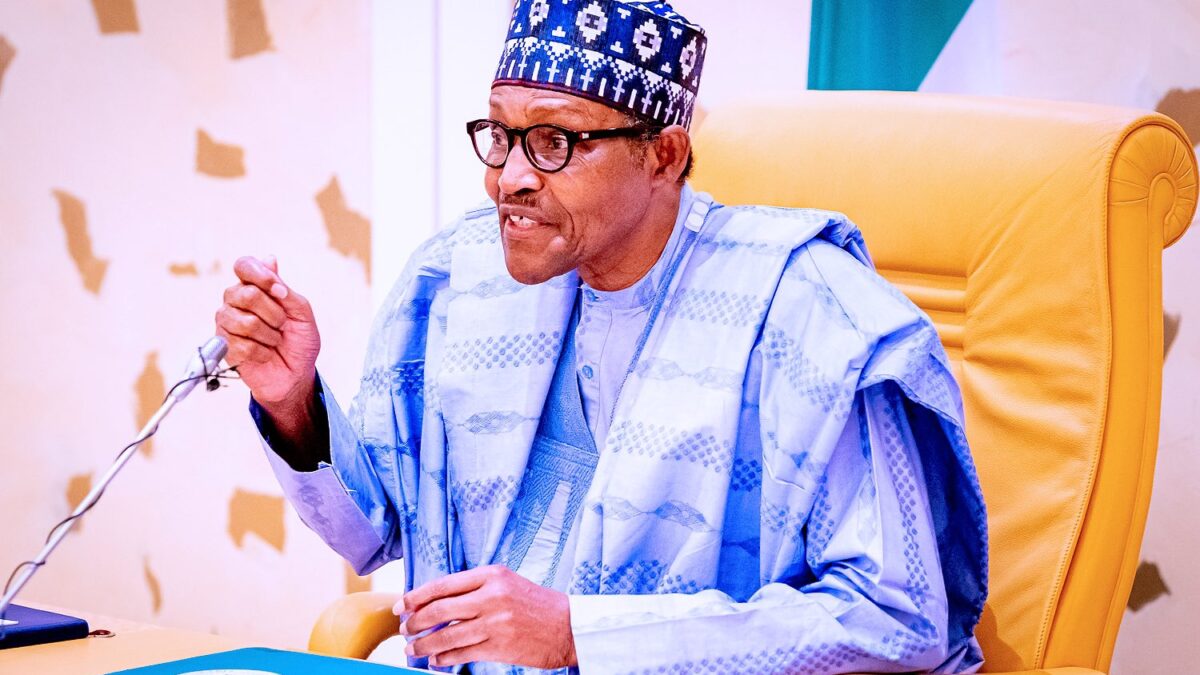 A trusted, well-resourced, and well-functioning judiciary, according to President Muhammadu Buhari, is critical to the establishment of the rule of law.

On Monday in Abuja, President Buhari declared open the 2021 All Nigeria Judges’ Conference, which was organized by the National Judicial Institute (NJI).

Buhari, who was represented by Vice President Yemi Osinbajo, said the judiciary remained the ordinary man’s final chance because it exercised powers that affected lives and liberties.

Nothing, he argued, was more vital than judges being able to be trusted for their honesty and integrity.

“Men and women who have the power over the lives and livelihoods of others are not like the rest of us; we must place them on the highest scale of probity.

“I would like to urge that your Lordships must not allow a few to undermine the respect and trust both local and international that our Judiciary has built up in over a century of its existence.

“I am not unaware of the number of challenges slowing the pace of transformation in our administration of the justice system.

“More needs to be done to strike a sound balance between a high level of productivity, the quality of judicial decisions, and careful consideration of cases.’’

The president stated that his administration had been trying to resolve judicial system difficulties through the Federal Ministry of Justice’s engagement with the National Judicial Council(NJC).

He stated that work on developing strategic infrastructure to facilitate case management, including electronic recording of proceedings to replace the time-consuming longhand recording now used in the majority of our courts, is currently underway.

“Advancements in courtroom technology–e-Court systems–have increased the level of efficiency in the justice system in the areas of speed of documentation, accuracy, security, and accessibility of records.

“Enhanced welfare of judicial officers, especially in the area of conditions of service – salaries, allowances, and retirement benefits for Judicial Officers.

“On this, I wish to commend the NJI for the institution of the NJC Health Insurance Programme, which provides comprehensive international insurance for all members of the Federal Judiciary as well as comprehensive local coverage within all the states of the federation.’’

The proposed steps, he claims, are intended at standardizing the courts, protecting the judiciary’s credibility, and drawing the best legal minds to the bench.

He emphasized the importance of the courts gaining public trust and confidence.

“The Judiciary remains the last hope of the common man; it exercises powers that affect lives and liberties.

“A trusted, well-resourced and well-functioning Judiciary is therefore essential to the entrenchment of rule of law.

“To maintain this revered position, and retain greater public confidence by the citizens, the Judiciary must be independent from all forms of interference and must maintain the highest level of responsiveness, professional standards, and integrity.

“We will continue to partner with you in ensuring that the Judiciary is financially independent; and effectively and sustainably retains a preeminent position in the quality of jurists manning our courts and the jurisprudence that develops from their collective premier reasoning,’’ he said.

He praised the judiciary’s leadership, particularly the Chief Justice of Nigeria (CJN), Justice Ibrahim Muhammad, for taking a proactive approach to matters such as conflicting court orders by courts of coordinating jurisdiction and the recruitment of judges.

Muhammad stated in his keynote address that the conference was held biennially by the NJI as part of its legislative responsibility.

The conference, according to Muhammad, provides judges with an opportunity for serious contemplation, close interaction with other judges, and the development of resolutions that would reorient the court.

The theme of the conference is, “Promoting Judicial Excellence in the Administration of Justice.”