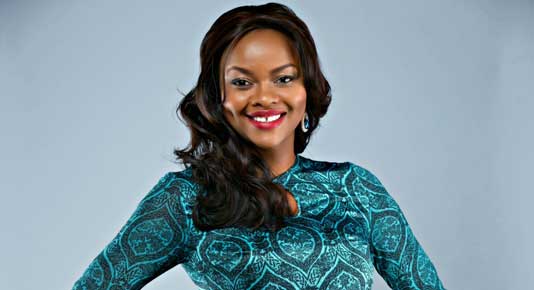 Joke Silva was previously announced as the leading lady in the Bolanle Austen-Peters-directed biopic.

Kehinde Bankole has been announced as the newest addition to Bolanle Austen-Peters’ continuing production of ‘Funmilayo: Lioness of Lisabi.’
Joke Silva will play the older version of the legendary campaigner, while the actress will play the younger version.

Austen-Peters has kept fans up to date on the biopic’s progress, including locations and cast members, since it began filming a few weeks ago.

Ransome Kuti’s early life and climb to historic recognition as a renowned activist who worked relentlessly for the oppressed will be the focus of the movie.
In an interview with Vanguard, Kehinde Bankole discussed the role:

“Playing this role is a message to awaken a part of me that I always try to suppress, In many ways than one, my personality traits and character is similar to what the visionary chief Funmilayo Ransome Kuti stood for during her lifetime. I detest injustice and corruption and this is indeed a deep and very personal call to me to do more in my fight for the underprivileged and to continue to speak up.

“Playing this role would educate the younger generation about heroines like Funmilayo Ransome Kuti and fulfilling their life dreams and purposes.”

Omowunmi Dada, Jide Kosoko, Ibrahim Suleiman, Adunni Ade, Patrick Diabuah, and Shawn Faqua will also appear in the film. The biopic is set to hit in 2022.

Asake Buys Himself A Lush Mansion In Lagos