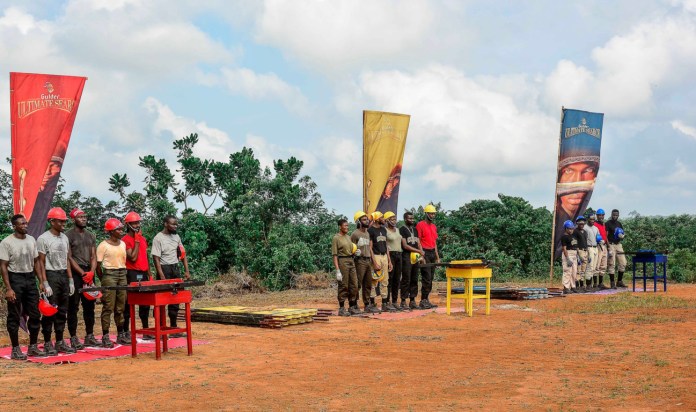 Only one contestant can win the Gulder Ultimate Search, but Olayinka Gabriel Omoya’s quest was cut short.

Omoya, a 26-year-old musician and composer, auditioned for Gulder Ultimate Search Season 12 in the hopes of earning a reward that would help him develop his musical career. Omoya shown his agility and strength from the regional stage until the final selection.

Omoya chose a blue lantern as they traveled through the bush, and as a result, he became a member of Clan Amo. Clan Amo appeared to be on the same page, but the second job proved to be their undoing. Clan Amo had a difficulty clearing the course in time during the Third Eye challenge.

Omoya, their third eye, had a difficult time navigating the blindfolded members through the maze, putting them in last place. Clam Amo walked to the Place of the Talking Drum with grief, where the anchor, Toke Makinwa, delivered their verdict. She began by announcing that he had failed his first exam by losing a sandal leg. You must be vigilant as a craftsman.

As authorized by the council of elders, the elimination process took a new path this time. Clan Amo had 10 seconds to write down what they observed in the correct order after the anchor showed them photographs of six fruits. Except for Omoya Yinka, who wrote down only three fruits, Iniabasi, Agbonile, Tosin, Emmanuel, and Jennifer had the correct order. He got evicted after failing to do that simple task.

Omoya’s quest to become the greatest man came to an end today when he exited the jungle, leaving 17 hopefuls to compete for the treasure. Who will come out on top?