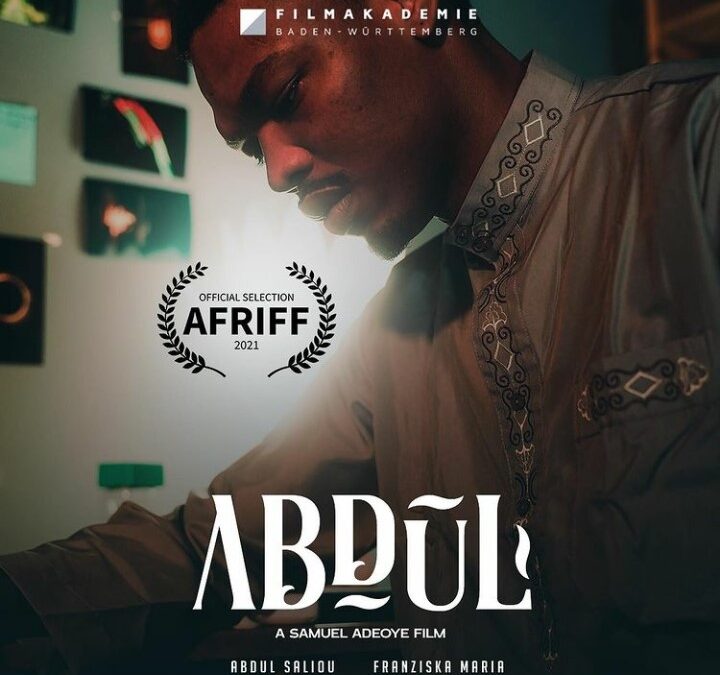 The tragic events of the 2020 EndSARS protests are depicted in this short film.

Samuel Adeoye, a Nigerian director, has released a first-look trailer for his upcoming short film ‘Abdul.’

Abdul, a 24-year-old Nigerian who arrives in Germany on an international exchange program, is the protagonist of the film, which will premiere at this year’s AFRIFF.

In his home country of Nigeria, the EndSARS protest explodes as he tries to find a way to extend his stay. Abdul is compelled to make a life-changing decision after receiving an urgent call from his mother.

The short video is a means to honor the people killed during the EndSARS massacre in Nigeria, according to Adeoye, who also serves as a writer and executive producer.

The short film, directed by Bathurshan Ganeshalingam and starring Abdul Salidu and Franziska Maria, will premiere for the first time during the Africa International Film Festival (AFRIFF), which will begin in November.

Take a look at the teaser: