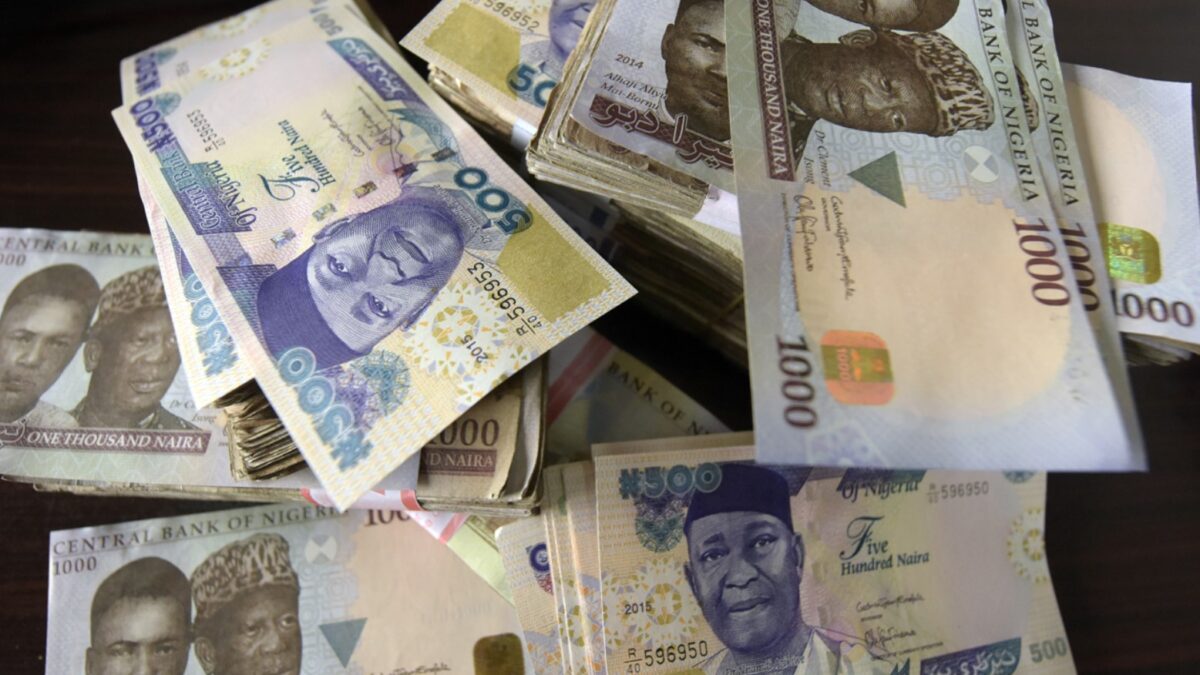 Decision To Redesign Naira Is Positive For The Economy – Experts

Some financial experts have commended the Central Bank of Nigeria (CBN) for its decision to redesign the naira, saying that it would have a positive effect on the economy.

The experts spoke in separate interviews with the News Agency of Nigeria (NAN) in Abuja on Thursday.

They spoke against the backdrop of the announcement by the CBN that new designs of the N200, N500, and N1,000 denominations would be produced and circulated on Dec. 15.

According to Prof. Uche0 Uwaleke, a financial economist and professor of capital market at the Nasarawa State University, Keffi, the decision will be positive for the economy in the medium to long term.

He said the measure would also provide enough liquidity for banks and more money for the banks to lend.

“The measure does not amount to demonetization of big currency notes often carried out by central banks to curb black money and corruption.

“But it will go a long way in ensuring that a lot of naira notes circulating outside the banks are crowded in.

“If it leads to large deposits in banks, it means the banks will have more money to lend which may reduce interest rates.

“Perhaps more importantly, with increased currency in circulation now in the vault of banks, I expect to see improvement in monetary policy transmission,” he said.

Uwaleke said it might also have the effect of reducing speculative attacks on the naira in the parallel market in the medium term.

“I expect that the Financial Intelligence Unit will be on the lookout for huge deposits as a way of monitoring illegitimate transactions.

“Despite the huge cost involved in changing currency notes, I think it’s time to sanitize the system, especially now that electioneering activities have kicked off,” he said.

He, however, said the deadline of Jan. 31, 2023, was too short, considering the number of naira denominations involved, urging the CBN to consider extending it.

An economist, Dr. Tope Fasua, also said the measure would have a significant effect on the economy, adding that it was essentially about “black money.”

He suggested that the CBN should take such measures more frequently.

“When central banks do this, they try to pull in monies people are hiding; illegal money, corruption money, kidnapping money. Nigeria has managed to become a hub for these kinds of illegalities.

“I will even suggest that the CBN does this more often, maybe every 10 years. You will see a scenario where the banks are awash with liquidity.

“There are many people sitting on billions in naira, and even in dollars. The CBN should also see how it can pull in the dollars,” he said.

Fasua advised that the idea of individuals operating personal domiciliary bank accounts should be banned, adding that nobody needed it.

“People are speculating against their own currency in their own country. That is not allowed in any economy.

“They should pull in illegal, black naira and then see how they can pull in illegal dollars. The CBN can control these things through the Deposit Money Banks,” he said.

However, Mr. Okechukwu Unegbu, a financial expert, and past President of the Chattered Institute of Bankers of Nigeria (CIBN) said redesigning the naira was not the most important problem facing the economy.

Unegbu said the apex bank should have simply ensured that the scarce lower naira denominations, like N100 and N200, were readily available by printing more.

Liquorose, Swanky Jerry & Others Are Up For E! People's Choice Awards In The Category "African Social Star"

“Fuel Importation Will End By Middle Of 2023 – NNPC Boss