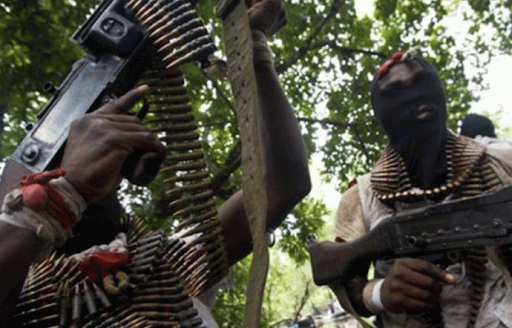 The Nigerian Airforce confirmed on Monday that one of its Alpha Jet fighter crashed in Zamfara state on Sunday at 12.45 p.m. while returning from a successful air interdiction mission between Zamfara and Kaduna states.

The crash, according to Air Commodore Edward Gabkwet, Director of Public Relations and Information, was caused by heavy enemy fire from Armed Bandits, and the pilot, Flight Lieutenant Abayomi Dairo, successfully escaped from the plane.

Commodore Gabkwet stated Flight Lieutenant Dairo was able to elude the bandits’ arrest after the accident by using his phone for navigation to travel several of the bandits’ strongholds until he arrived at an Army unit where he was rescued under the cover of night.

“On 18 July 2021, at about 12.45 p.m., a Nigerian Air Force (NAF) Alpha Jet aircraft, returning from a successful air interdiction operation between the borders of Zamfara and Kaduna States, came under heavy enemy fire, resulting in its crash in Zamfara State,” the statement says.

“The pilot, who came under heavy ground fire from the bandits, used his survival skills to elude them and seek safety in adjacent communities until dark.

“Using the cover of night and his phone as a navigation device, Flight Lieutenant Dairo was able to evade numerous bandit strongholds and navigate his way to a Nigerian Army Unit, where he was eventually rescued. It’s worth noting that when the Chief of Air Staff, Air Marshal Oladayo Amao, received word of the incident, he ordered that all attempts be made to save the pilot.

As a result, NAF Intelligence Surveillance Reconnaissance (ISR) platforms and helicopter gunships supplied close air support to NAF Special Forces and Nigerian Army personnel who were able to identify the crash site and the pilot’s parachute, as well as search surrounding areas for any trace of the pilot.

“It’s heartening to learn that, while in hiding, Flight Lieutenant Dairo verified that the presence of NAF planes near the accident scene aided in scaring away the bandits who were following him, allowing him to seek sanctuary and flee to a safe area.

“It is in response to this instruction that the NAF, in collaboration with surface forces, has conducted intense day and night air interdiction operations against bandits and their hideouts, particularly in these three states, during the previous two weeks.

“Hundreds of bandits have been eliminated and many of their hideouts have been destroyed as a result of these extensive air operations.

“Despite yesterday’s setback, the NAF is dedicated to carrying out Mr. President’s mandate as well as other constitutionally mandated responsibilities.

“As it continues to carry out its assigned tasks, the NAF’s willingness, preparedness, and tested ability remain unshaken and unwavering.”