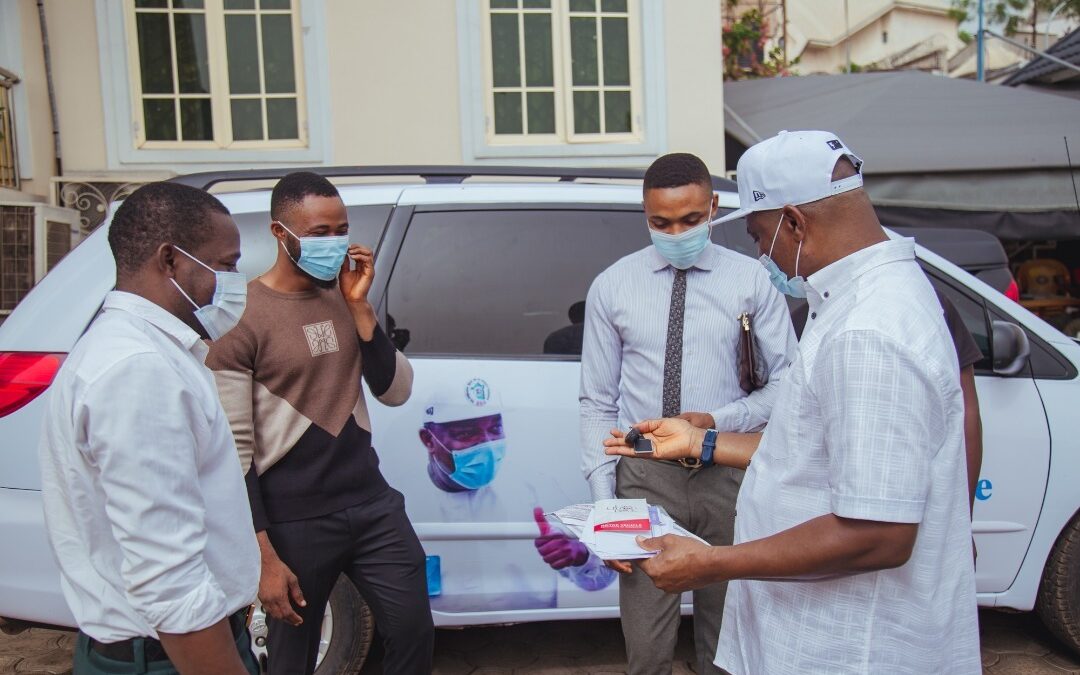 The GburusCare Initiative, a Medical and Health care program for the senior citizens of Enugu state was within the week gifted a brand new Sienna vehicle by the Leader of the Enugu State House of Assembly and a member representing Udenu Constituency at the Enugu State House of Assembly, Hon. Ikechukwu Ezeugwu. The vehicle was presented to the GburusCare team on Monday,29th March 2021 at the House Leader’s residence.

Hon Ikechukwu Ezeugwu noted that his attention was drawn and glued to the efforts of the initiative by the consistency with which they have continued to visit rural communities tending to the health needs of senior citizens. According to him ” I have imagined the joy in the hearts of our elders in the villages when medical workers visit them right at the comfort of their homes to inquire about their well-being. It is hugely humanitarian and anyone with the means is called to support such an initiative.  He added that the man at the helm of affairs in the Enugu state is a man ruled by the virtues of love and compassion and any initiative that preaches the governor’s demeanour deserves to be encouraged.

The Director-General of the Initiative, Sct Darlington Ugwuegbe expressed his overwhelming joy and appreciated the Leader of the House for such a huge gesture towards the humanitarian endeavour to contribute to the good works of Gov. Ifeanyi Ugwuanyi. According to the DG, Hon. Ikechukwu Ezeugwu has proven that he is a man interested in the welfare of others by identifying with a cause that serves fellow humans.

ENUGU: Why we are focusing on digital economy ― Chilo-Offiah

Burna Boy Is Set To Release Documentary For Single, ‘Whiskey’