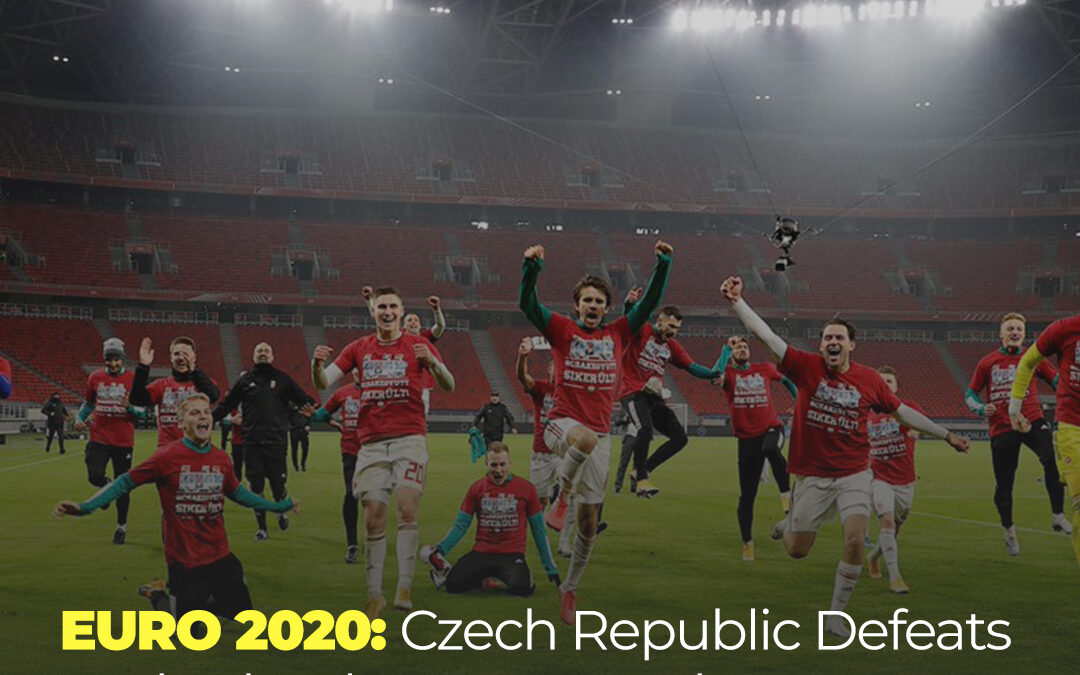 The Czech Republic on Sunday pulled off the shock of the 2020 European Championship so far by defeating the Netherlands 2-0 and booked their place in the last eight after defender Matthijs de Ligt was sent off.

Tomas Holes then turned provider for Schick as the Czechs doubled their lead on 80 minutes.
The Netherlands, down to 10 men for over half an hour, had a huge chance earlier on as Donyell Malen raced through one-on-one with goalkeeper Tomas Vaclik.

The Netherlands have shown attacking intent throughout the tournament and that did not change in Budapest as wing-backs Denzel Dumfries and Patrick van Aanholt caused problems early on.

Dumfries was their main threat, getting in behind at one point on the left and flicking it over the keeper but unable to beat the last defender.

Memphis Depay was heavily involved too, while Malen got into some dangerous positions.
But while the Netherlands caused problems out wide, so did the Czech Republic, as Vladimir Coufal exploited space in behind left by the roaming Van Aanholt.

Both teams looked susceptible in defence but when De Ligt tripped and pulled the ball back with his hand in the second half, it left referee Sergey Karasev with no choice but to overturn his original decision to show just a yellow card.

And then the Netherlands were on the back foot. Dumfries made a goal-saving block to deny Pavel Kaderabek but Holes punished the Dutch minutes later, finishing off a knock-back from Tomas Kalas on a corner.

Schick’s fourth goal of the tournament finished it off after the Netherlands had pushed for an equaliser – only Portugal’s Cristiano Ronaldo has more goals than the Czech forward so far.
They travel to Azerbaijan to take on Denmark next, who they beat 3-0 in the quarter-finals of Euro 2004.