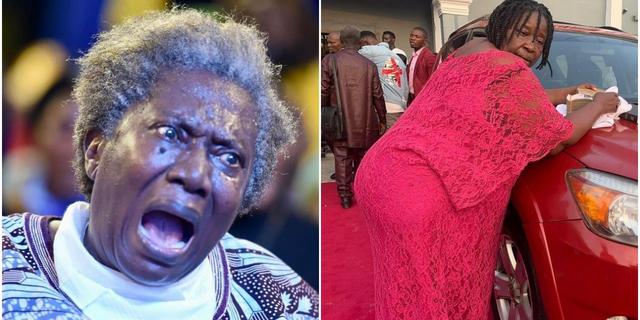 On Sunday, March 6, 2022, the popular flamboyant preacher released images of the gift presentation on his Facebook page.

“It was a great and glamorous service today, as Prophet Jeremiah Surprised two Veterans Nollywood Actress Cynthia Okereke and Chinwo Owoh with a Car gifts worth 6 Million Naira each with the sum of #2,000,000 Million Naira cash to support the fueling of the vehicles,” he wrote.

“Ephesians 3:20 Now to him who is able to do immeasurably more than all we ask or imagine, according to his power that is at work within us.”

This comes only months after he funded the spinal cord surgery of another veteran, Clem Ohameze, on his own.

While explaining his journey, the movie veteran stated that his health problems began when he was in a vehicle accident some time ago.

He was treated for a while, according to the ‘Last Burial’ star, and he recovered. He, on the other hand, stated that he began experiencing problems walking later on.

He stated that following the accident, he went to the hospital and had an x-ray taken to determine the degree of his injuries.

'The Real Housewives of Lagos' Will Premiere In April