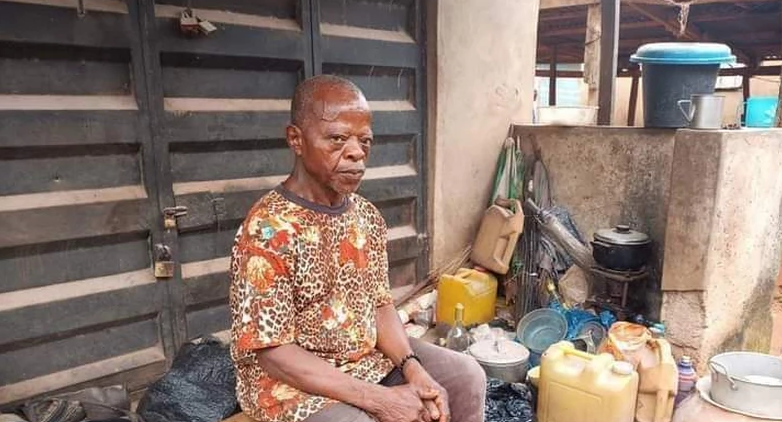 The veteran actor was recently found to have been homeless for some time.

The veteran actor was recently found to have been homeless for some time.

Following the announcement, Chinyere, the senior pastor of Omega Power Ministry, contacted the homeless actor and informed him that he would be housed in one of the ministry’s free estates in Rivers State.

The renowned actor was welcomed to Port Harcourt in a series of posts uploaded on the church’s Facebook page on Tuesday, July 5, 2022, while his housing was arranged.

“The veteran Nigerian actor Kenneth Aguba who was recently found homeless has been found by the General Overseer of OPM, Apostle Chibuzor Chinyere, he has been given accommodation at one of the OPM free estates, he is now at the OPM free hospital for medical checkup. God is great,” the post read.

Aguba became popular on social media when a Twitter user claimed that he was homeless and had been living in a rundown structure.

Aguba has appeared in more than a dozen Nollywood home films and is well known for his performances as a comedian and “red cap” chief.

The Actors Guild of Nigeria has faced harsh criticism since the images went public, with outraged fans doubting the Guild’s purpose.

Although the AGN has not yet responded to Aguba’s widely shared images, its national president Emeka Rollas has recently taken action to address crowdsourcing for distressed veterans.