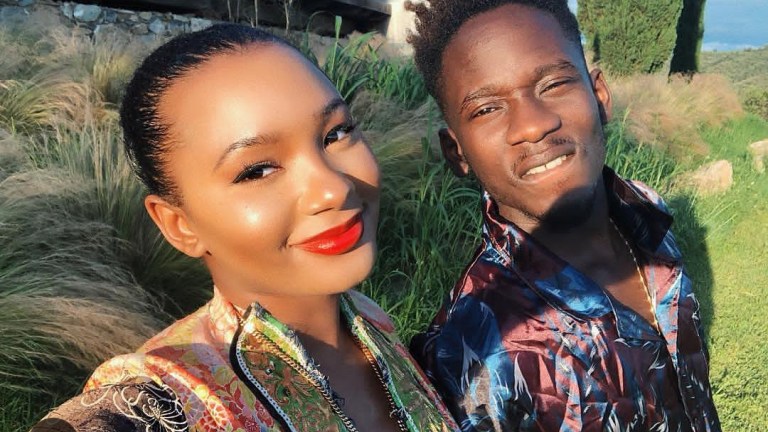 They have been together for more than three years.

On Sunday, April 10, 2022, the couple announced the momentous news on their social media accounts.

Mr Eazi is seen on one knee proposing to the billionaire heiress in the video, which has now gone viral.

Mr. Eazi and Temi have one of the most beautiful and intriguing relationships in show business.

It should be noted that the music singer told how he met the billionaire heiress in 2018.

“I met Temi in London. It was an event, her sister invited me for an event. Her sister was playing at the event, somewhere in Nightbridge and she said, oh come out come out, follow me to this event, so I followed her to the event and then she was deejaying and all of a sudden it was just me and Temi sitting down and just watching her,” he said.

Eazi, on the other hand, said Temi’s sister, DJ Cuppy, never formally introduced Temi as her sister or him as a friend.

“Not really, she didn’t like meet my sister, you know, she invited her sister, she invited me. And by the time her sister came, she was already playing, so her sister came to the table and it was me and her. So, obviously, you have to socialise, so I said, Hi what’s up, my name is Mr Eazi.”

Mr Eazi is a Nigerian musician, composer, and entrepreneur known by his stage name Oluwatosin Ajibade.

He is a pioneer of Banku Music, which he describes as a sonic synthesis of Ghanaian highlife and Nigerian chord progressions and rhythms.

Temi, on the other hand, is one of Nigerian billionaire Femi Otedola’s daughters.