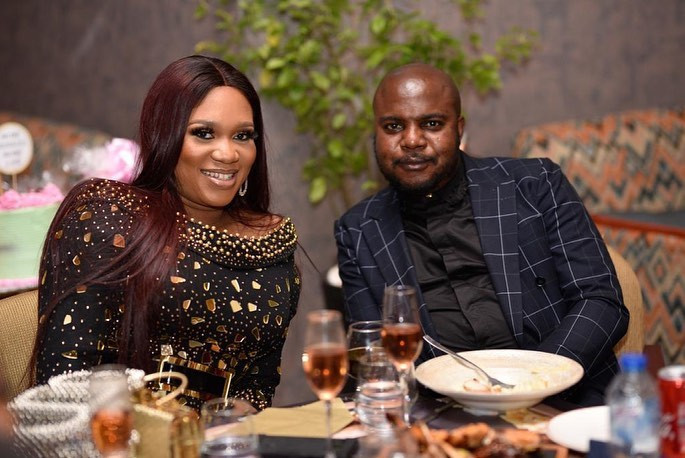 Thompson’s recent post suggests that their marriage may be on the mend.

Steve Thompson, the husband of socialite Sandra Iheuwa, apologized for comments he made over the weekend.

Thompson had dragged his estranged wife on social media, claiming that their marriage was doomed.

The billionaire apologized and promised to work on a lot in a message uploaded on his Instagram page on Wednesday, January 12, 2022.

“Kindly pardon my outburst on Sunday here on Instagram, some bloggers were writing nonsense about my person,” he wrote.

“A lot will be worked on, being a better person is the best thing that can happen to anyone, all will be well.”

Thompson’s tweet came only days after his estranged wife, Iheuwa, changed her identity on social media to Thompson’s.

It was previously reported that Iheuwa’s estranged spouse had announced the end of their marriage on Instagram.

Iheuwa accused him of marrying her because she is a Green Card holder, he said.

Thompson said that he had previously tossed her belongings out of his house and told the estate security guards not to let her return.

In another twist, Thompson’s adultery is said to have caused the marriage to fall apart.

In 2021, Thompson and Iheuwa married in a lavish wedding ceremony.

They are expecting their first child together.