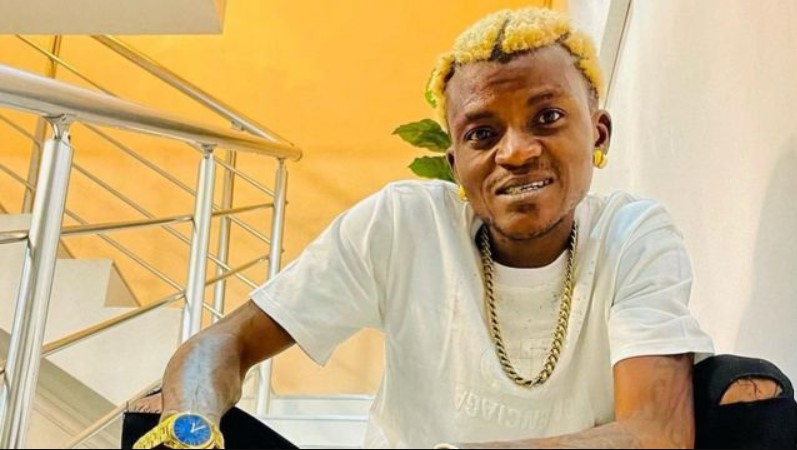 This comes after he ordered the beating of a young man.

The Nigerian artist Habeeb Okikiola, also known as Portable, has been ordered by the Ogun State Police Command to report at the nearest police station.

This follows a previous video in which the notorious musician was seen directing his crew to assault a young man.

The singer’s acts would not be tolerated, according to a statement made by the Ogun State police command’s spokesperson.

“Such unruly and violent behavior is not only barbaric but unbecoming of somebody who is supposed to be a role model for the youths and therefore should not be tolerated,” part of the statement read.

“In view of this, the Command is using this medium to advise Okikiola Habeeb a.k.a Portable to report himself at the nearest police station in Ogun State, failure of which his arrest will be ordered.”

“The flagrant display of impunity by portable in the viral video is condemnable and if not checked, it will send a wrong signal to the youths who are looking up to him as a role model.”

The musician and his baby mom recently had their first kid.

Portable is a Nigerian singer who became renowned after collaborating with Olamide and dancer Poco Lee on the now-famous hit tune “Zazu Zeh.”

The 28-year-old Ogun State native has been in the headlines for all the wrong reasons. He is undoubtedly one of the most controversial musicians of his generation.

The artist has gone from frying pan to fire, clashing with tour promoters, shouting on social media, and smashing his automobiles on many occasions.

Real Housewives Of Lagos To Return For A Reunion Show

“I Have Done Everything, I’ve Worked In A Coffee Shop And As An Industrial Cleaner”; iLLBLISS Tells All In Emotional Interview