Home > News > Ooni Of Ife Marries For The 4th Time 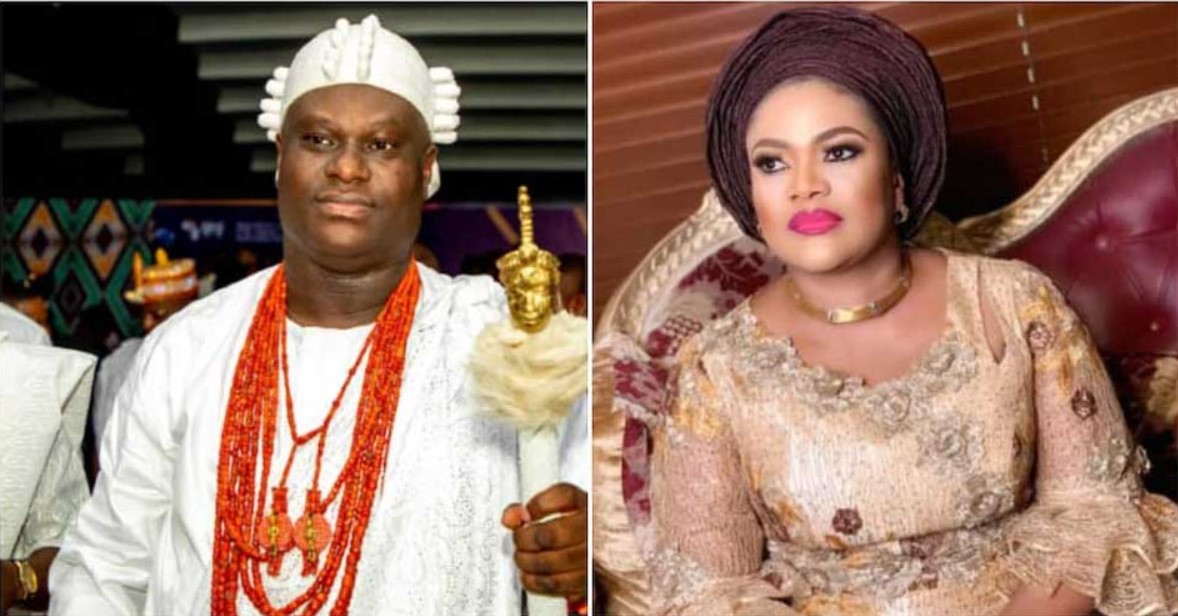 Anako, his wife, is reportedly a top executive in an oil and gas company.

Oba Adeyeye Ogunwusi, the Ooni of Ife, recently married for the fourth time.

The first-class monarch’s close friend Moses Olafare posted on Facebook that Mariam Anako, the new wife, had arrived at the palace on September 6, 2022.

After a few formalities at the building’s entrance, the new bride was led into the palace.

She was then escorted into the palace’s inner court, where her husband and other guests were waiting to greet her.

According to reports, Anako’s family from Ilorin in Kwara State and Ebiraland in Kogi State attended the wedding.

According to rumors, Anako is a top executive for an oil and gas company.

The Ooni will make a fourth effort at marriage with this one.

It should be remembered that Naomi Silekunola, the respected monarch’s former (third) wife, declared the dissolution of their union in December 2021.

The former queen and the Ooni of Ife wed roughly three years ago, and they had a son together.

Ooni has wed various ladies, including Adebukola Bombata, who is listed as his first official wife.

When he ascended to the throne in 2015, she was his wife.

According to rumors, Bombata disagreed with Ooni’s choice to enter the throne race.

The Ooni of Ife chose to remarry after becoming the ruler of one of Nigeria’s most prestigious kingdoms. In 2016, the king and Zaynab Otiti Obanor, a native of the historic Benin city, were united in marriage.

It didn’t take long for rumors of a failing marriage to start circulating. Obanor requested a divorce from the king in 2017. That following year, the divorce was legally finalized.

I’m Negotiating With Peter Obi, Kwankwaso – Atiku Says One Of Them May ‘Step down’