Home > Lifestyle & Pop > I lied to my mum about graduating from University. 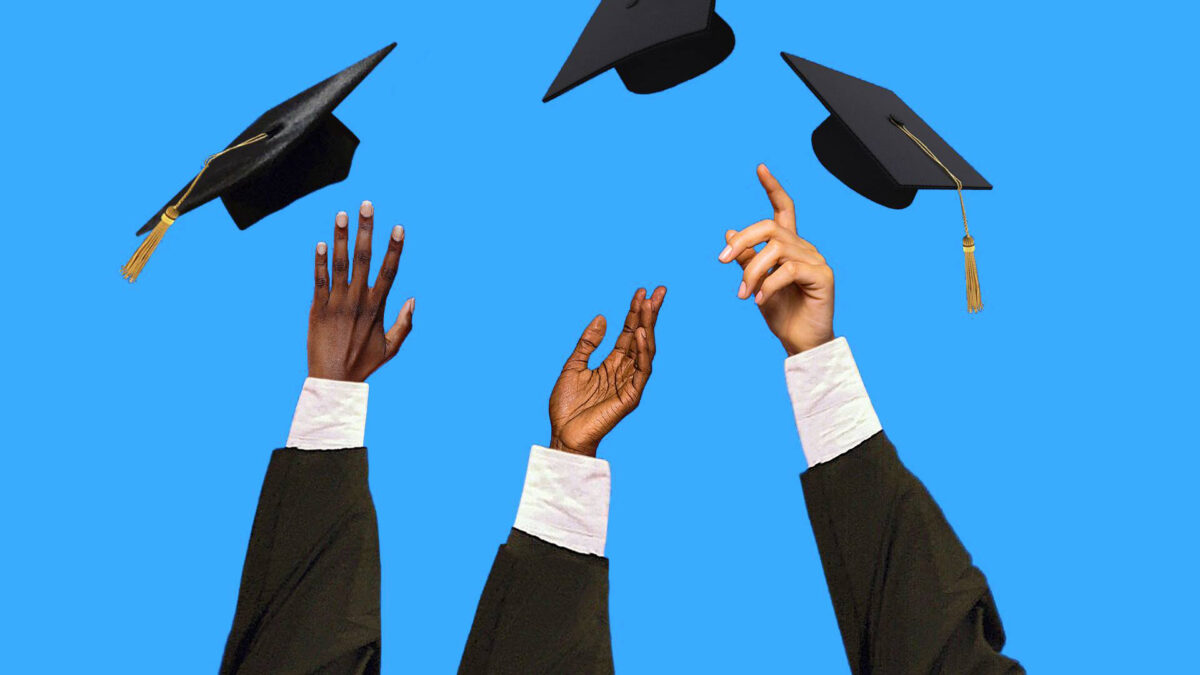 I lied to my mum about graduating from University.

It’s been three years in uni, and about a year ago, I just completely dropped out. I had one extremely difficult class that I dedicated so much time to, almost never sleeping living off very short sleep, unfortunately, I didn’t pass by about two marks. When I went to my HoD to see if I could get the paper re-checked, just in case, he laughed at me and told me I was worthless and lazy.

At the instance of his words, something honestly broke in my brain. It’s like a switch went off, and the only emotions I could feel anymore were shame and anger. Later that day, I travelled back home for the break, and I felt nothing, even after seeing my parents for the first time in six months, I acted happy, but I felt really empty and depressed.

A few days later, I told my mom I was considering dropping out from uni and what my HoD had said. She shouted and refused vehemently, she sent me away and told me really about what I was about to do with my life, by the way my father is late and my mom sells bags to get by, she took me to my uncles and instead of trying to help me get out of the predicament I was in, they castigated me and compared me to others people, including my cousins!

After about 40 minutes of verbal onslaught they told me to “try, just try”. When we got back, the only thing I could precess was that I was a failure and my feelings went numb to everything -purposeless-.

But I couldn’t disappoint my mum, even though I was literally breaking apart. Through the period of the break and in school, I stopped showering, hanging out with my friends, going to classes, I even lied to my uncles about how well I was doing, because I physically could not take another “life lesson”, and I didn’t want to break my mum’s heart considering my dropping out thought.

My mind just went in stupid circles about morality and shame, going over each and every bad choice I’ve done for hours and hours, over and over again. I’d feel trapped in a cycle where I’d pace back and forth across my room when everyone was in class. I started playing FIFA and other PC games for hours a week -almost 7-8 hours every day, so you can understand how useless I was. A full-time job, playing stupid fucking games, while my amazing mum continued sending cash for my feeding and my upkeep.

Of course, this didn’t help my academics, and I was on probation because I only passed a single class. I went home for the break again, my feelings were still absolutely dead at this point, and the only thing that came up was shame and uselessness.

So, when I was asked how school was, I lied. I said everything was fine, and that I was passing everything. My mum insisted I get a job at least for the break, but I couldn’t find work, so I worked in one of my uncle’s pharmacy.

After the first break, nothing changed and I was feeling very useless and scared because I knew I’d have to tell the truth soon. I even nearly got into an accident in school, it wasn’t the first time as I was always absent-minded.

So I’m in school and I get called to the HoD’s office, yes the same man, and the same thing happens, this time I’m nearly kicked out. I appealed with a made-up story, they accept my appeal, and I have one last semester to get myself together and pull out a great feat, but where was this going to come from?

Covid obviously didn’t treat anyone well, it was a special kind of hell for me. I was at home for almost a year and it was enabling me to do every single toxic thing I could think of in my depressed mind. This was terrible for my mental state, I thought of suicide, ditching my family, dropping out, it was a well-mixed devil’s cocktail I was taking without stopping. Of course, I failed my last chance semester by doing absolutely no schoolwork and I was kicked out in my third year.

Due to COVID, students were at home, so was I but for a different reason. I was “participating” in the online classes just to fool my mum. I couldn’t break it to my mum. Part of the fear came from me being publicly embarrassed in my family. I was just terrified of their disappointment and backlash. So I didn’t tell them. I pretended my way through almost five weeks of online classes doing absolutely nothing with my time.

Now I’m meant to graduate in two weeks, but of course, I can’t.

None of this is meant to excuse, justify, or build sympathy for me, and I ask politely that you don’t take it as such. Mental illness is a terrible thing, words can really make or break a person, but it’s not an excuse. My lies are inexcusable, and I’m miserable from the shame of it. Thank you for reading.

Moses Armstrong Charged With Rape Of A Minor