Home > News > “GREEN MINING” WHY IS ELON MUSK TALKING ABOUT IT? 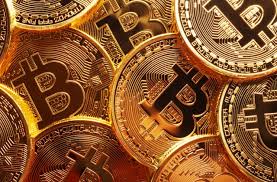 Without a single doubt, it’s of course known that Tesla’s CEO Elon Musk is a huge sustainability fan and a renewable energy supporter. It’s seen in the mission statement of Tesla which is to accelerate the world’s transition to sustainable energy.

On Thursday, Elon expressed his concerns about crypto mining in his tweet stating that

“Bitcoin hashing (aka mining) energy usage is starting to exceed that of medium-sized countries. Almost impossible for small hashers to succeed without those massive economies of scale.”

So it’s quite clear that Elon is in favour of the crypto market growing but not just its growing carbon footprint, for Elon Musk the future of cryptocurrencies isn’t just about witnessing the growth of the crypto market but also making sure its growth doesn’t have any cost on the environment.

As stated in his tweet that bitcoin mining energy usage is starting to surpass that of medium-sized countries, sequel to that Elon met with the Bitcoin Mining Council which was set up to improve sustainability in cryptocurrency mining, and what this council hopes to achieve is sustainable mining of cryptocurrency aka green mining, that is, mining that doesn’t have to use so much energy, as stated in Elon’s tweet.

The council plans to make this happen by ensuring miners use renewable energy sources and promote energy transparency to avoid negative effects on the environment.

And according to the Cambridge Bitcoin Electricity Consumption Index, bitcoin’s electricity consumption is currently greater than The Netherlands’, it also stated that bitcoin mining uses more energy than Argentina and that currently if bitcoin were a country it would rank 30th in the countries with the highest energy consumption.

As surprising as this news might be the mining of cryptocurrencies might just start to become headlines in other major news carriers because of its high energy consumption in a time where climate change is calling on us to reduce our energy consumption.