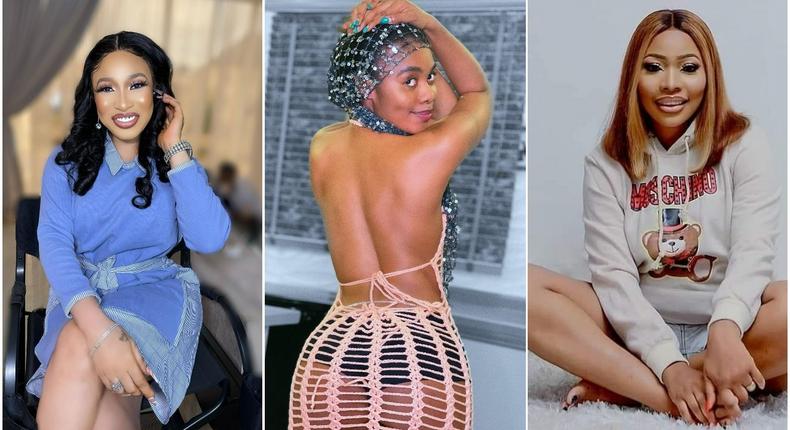 Janemena is the common foe of Ogala and Dikeh.

Doris Ogala, a Nollywood actress, has offered her support for Tonto Dikeh in the wake of Janemena’s enigmatic remark on her Instagram page.

The prominent Instagram influencer (Janemena) took to her Instagram Stories to write about a particular individual who threatened to go to court but decided not to – she was implying Tonto Dikeh but without actually mentioning her name.

In response to the news, Ogala claimed that Janemena’s husband is impotent in a series of Instagram postings published on Friday, December 17, 2021.

“Ahhhhh be ready oooo! Let no body try tell me to leave her husband out of this! Cos huncle kata hansious said it himself! That the man is impo!” she captioned one of the posts.

The legal dispute between Dikeh and Janemena after the latter filed a lawsuit against the former.

Janemena accused the actress of being vindictive over reports that her sex tape was in the custody of Prince Kpokpogri, according to the petition.

She also asked that Dikeh apologize publicly and pay N500 million in damages.

Ben Affleck Replies To The Outrage Over Jennifer Garner's Comments