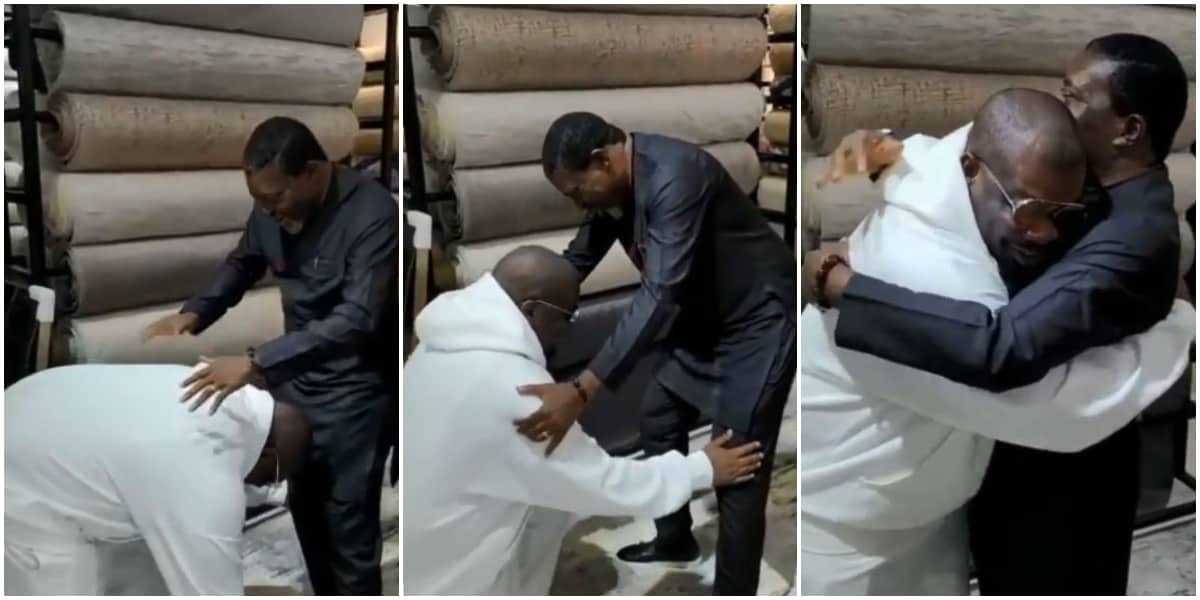 Top Nigerian music producer, Don Jazzy, was recently star struck after meeting legendary actor, Kanayo O. Kanayo – In a heart-warming video on social media, the music mogul was seen prostrating to greet the veteran filmmaker – Don Jazzy revealed it was his first time meeting the celebrated actor and said he was pleasantly surprised

The music producer was pleasantly surprised after he met the veteran filmmaker at a store.

Don who was oblivious of KOK’s presence was heard teasing his friend about his love for making videos when he sighted the veteran actor.

The music producer immediately went down on his knees to prostrate and show respect to Kanayo O. Kanayo. The actor also seemed quite pleased to meet Jazzy as they both hugged. In the caption of the post, the music mogul explained that it was his first time meeting KOK and admitted that he was star struck. In his words: “I just met the legendary @kanayo.o.kanayo for the first time ever. I’m star struck. What a pleasant surprise. Thanks @vintagedeluxeinteriors for the intro.”

Read some of the comments of fans to the sweet moment below:

Biigteebakery: “Your humility is one of a kind tbh!”