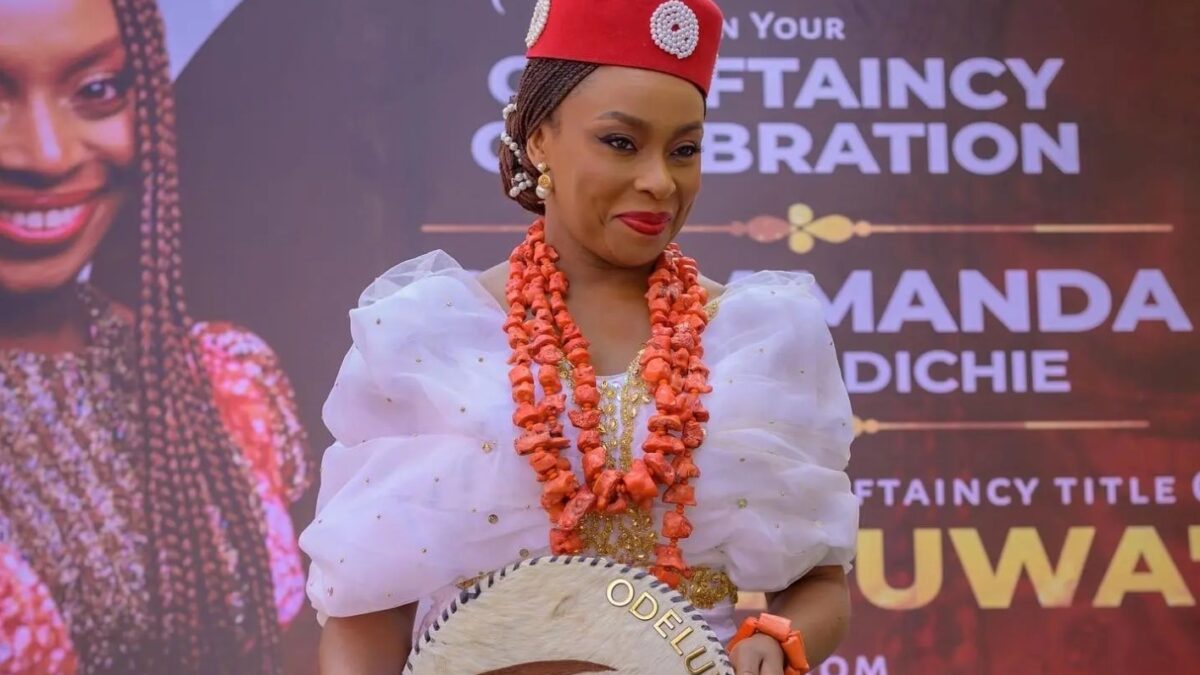 Adichie received an Igbo chieftaincy title in her homeland of Abba, On December 30, 2022.

Chimamanda Ngozi Adichie, a bestselling author, has spoken out about how she feels about the ancient chieftaincy title she was awarded.

The author received a chieftaincy title on December 30 in her birthplace of Abba, Anambra state.

The word “Odeluwa,” which translates to “the one who writes for the world,” is an Igbo term.

In a Facebook post, the author expressed her thanks for her hometown’s residents and traditional authorities while also expressing her joy at being the community’s first female chief.

“I am the first woman in my hometown to be made a chief, and it makes me happy to know that more women will follow. Culture does not make people, people make culture,” she wrote.

“Cultures thrive when they best serve and reflect the people. Ours must become a culture that celebrates achievement, whether it comes from a man or a woman. It was a day filled with joyful moments but the highlight for me was the sight of many children on the dusty road, laughing and waving and shouting ‘Odeluwa’. Amongst them, I hope, were little girls with their hearts full of dreams who feel encouraged to keep trying, to keep going.”

Adichie is renowned for her work in short stories, nonfiction, and fiction.

Particularly in her second home, the United States, she was described in The Times Literary Supplement as “the most prominent” of a “procession of highly praised young anglophone authors [that] is succeeding in bringing a new generation of readers to African literature.”

Yemi Alade Claps Back At Trolls For Not Minding Their Business