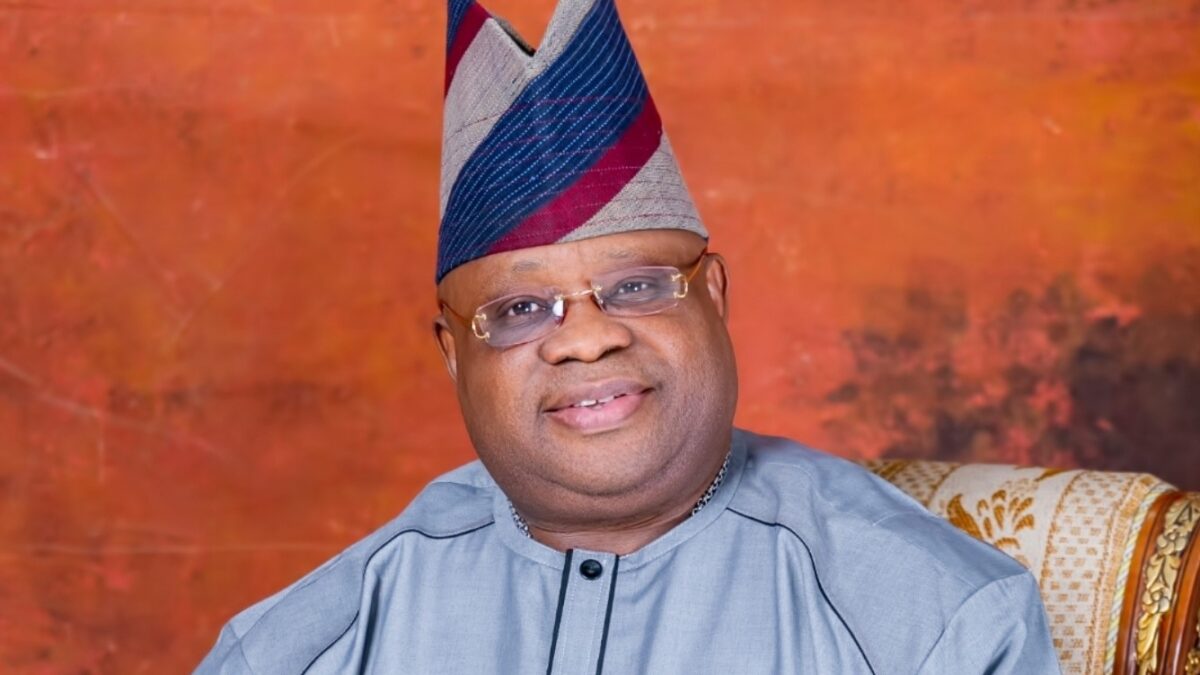 The film director, who made the disclosure in a statement issued in Lokoja on Wednesday, said the documentary is part of Oduataj Productions and Entertainment’s way of celebrating and honoring Adeleke after his victory at the Osun governorship polls.

“The film documentary is solely Oduataj Productions and Entertainment grant style of celebrating his political successes and honoring him as a philanthropist.

“We will look at his swearing-in as Governor of Osun and his activities within his 100 days in office. These will be chronicled into the film documentary,” he said.

Oduala, who just arrived in Nigeria on Wednesday, said while in Nigeria, he would begin editing his two movies, shot in Colorado, USA, Germany, and Nigeria.

He gave the names of his movies as “LOVE FROM GERMANY” and DREAMING OF AMERICA”, which he said were fantastic movies, so watch out for their release.

The director, who described his baby program, Afro Award 2022, as a “huge success”, said plans for the Afro Award 2023 edition have started in earnest and are scheduled to also take place in Los Angeles, California, USA.

The News Agency of Nigeria (NAN) reports that Oduala, the Hollywood Alumni of Colorado Film School, is breaking new ground and making history, having successfully made the most outstanding indigenous Nigerian Language Hollywood drama movie (Ilu America), shot in various cities in America.

Ilu America (Land of America), is an African/American movie, that screened at various film festivals globally, and had its world premiere on Dec 4, 2021, in Hollywood, Los Angeles, where history was made.

He also directed more Hollywood films and Diaspora movies such as LOVING A YOUNGER MAN, GREAT NEWS, GOLD, GUILTY ADVICE, AFEJU (dangerous emotions), LOVE FROM GERMANY, and DREAMING OF AMERICA, among others.

The film director has also acted in some Hollywood films and actualized his 20-year dream of holding his maiden edition of the Afro awards 2022 in Los Angeles, which honored some American and African community leaders, philanthropists, dignitaries, and celebrities who are pioneers in their fields and have demonstrated exceptional humanitarian excellence.

University Is Not For Everybody – Gov David Umahi

Naira Marley Debuts New Album, ‘God’s Timing Is The Best,’ Is Out