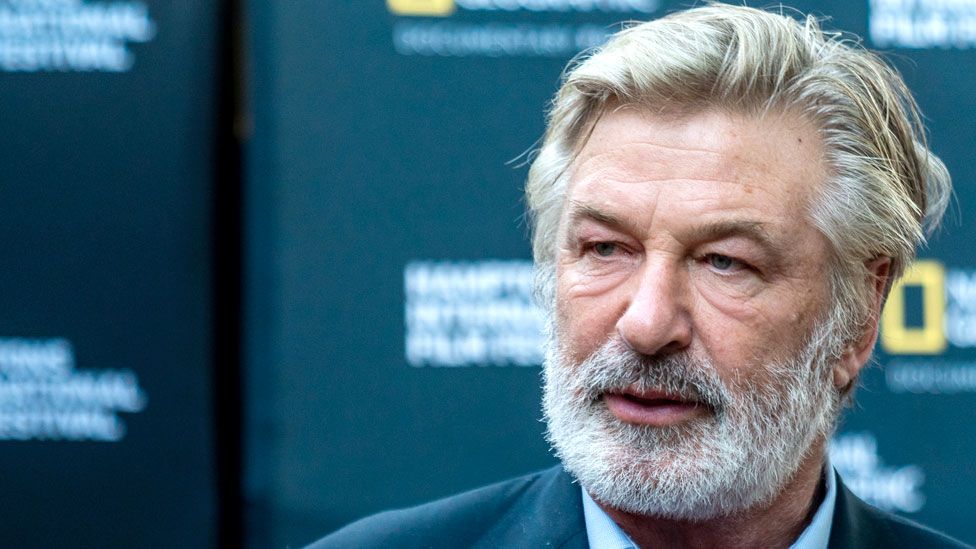 The interview would be with George Stephanopoulos.

Alec Baldwin will be giving his first in-studio interview since the sad unintentional shooting of Halyna Hutchins on the set of Rust. Baldwin sat down with ABC’s George Stephanopoulos on Tuesday for an hour and twenty minute interview. The whole interview will run on ABC on December 2nd, and will subsequently be available to watch on Hulu.

It’s the first time Baldwin has sat down for an interview to discuss the accident, in which Baldwin was practicing with what he thought was a “cold gun” when it went off with a live round in it, killing Hutchins. The unintentional fire also injured director Joel Souza. “I’ve done thousands of interviews in the previous twenty years at ABC,” Stephanopoulos said on Good Morning America. “This was the most intense I’ve ever encountered.” He went on to say something about Baldwin’s candor throughout the interview:

“As you can imagine he’s devastated, but he was also very candid. He was very forthcoming. He answered every question, he talked about Halyna Hutchins, talked about meeting with her family as well. [He] went through in detail what happened on the set that day, and I have to tell you, I was surprised in many places over the course of that hour and 20 minutes we sat down yesterday.”

In a sneak peek of the interview, Baldwin says that he did not pull the trigger on the gun that killed Hutchins. “No, no, no,” Baldwin said after being questioned by Stephanopoulos. I’d never point a gun at someone and pull the trigger. Never.” Baldwin was also under the notion that the rifle he was dealing with was a “cold gun,” and he appears to be baffled as to how a live cartridge ended up in the gun’s chamber in the first place.

'Only Murders in the Building' Season 2 Will Star Cara Delevingne

DC's 'League Of Super-Pets' Has Dwayne Johnson, Kevin Hart, Keanu Reeves, And Others As Voice Actors